Email subject lines that convey a sense of urgency, such as those that contain the words "urgent" and/or "important," have open rates that are much higher than normal, according to a recent report by MailChimp.

The analysis also found that email recipients are much more intrigued by subject lines that contain positive solicitations rather than negative admonitions: Words such as "announcement" and "invitation" have significantly higher open rates than those containing "reminder" and "cancelled." 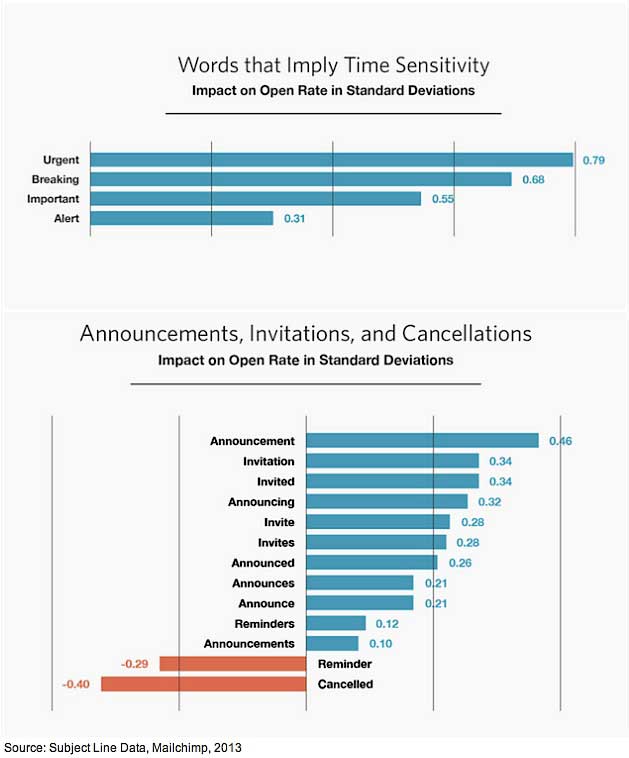 Below, additional key findings from the report, which was based on data from 24 billion delivered emails. 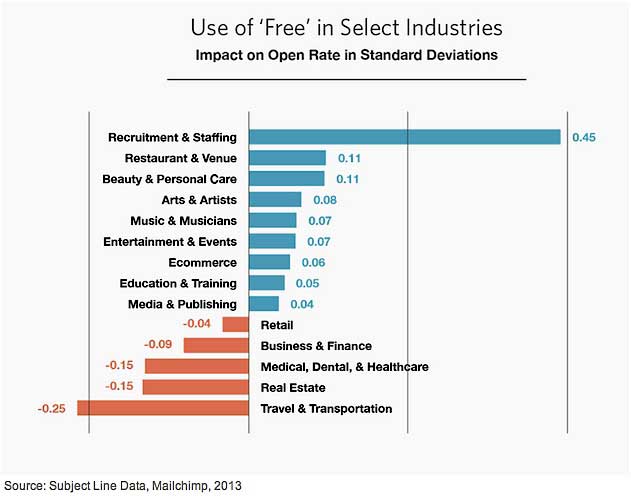 MailChimp found the use of an entirely capitalized subject line results in a slightly higher open rate compared with other campaigns sent by the same user/list.

About the research: The report was based on data from 24 billion delivered emails with subject lines composed of approximately 22,000 distinct words. Only MailChimp campaigns sent by users from the United States to 500 or more recipients were included in the dataset.