Google Android widened its lead over Apple in the US smartphone market: Google captured 53.7% of smartphone subscribers in the US, while Apple secured 35.0%, according to data from the comScore MobiLens service for the three-month period ended in November 2012.

Nearly 76% of US mobile subscribers used text messaging—the most popular type of content use—on their mobile device (not just smartphones). 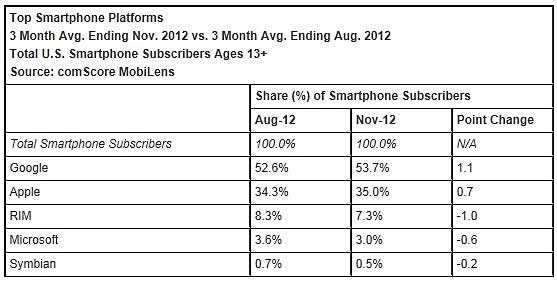 Google Android ranked as the top smartphone platform with 53.7% of market share (up 1.1 percentage points), while Apple's share increased 0.7 points, to 35.0%.

RIM ranked third, accounting for 7.3% of US smartphone subscribers, followed by Microsoft (3%) and Symbian (0.5%). 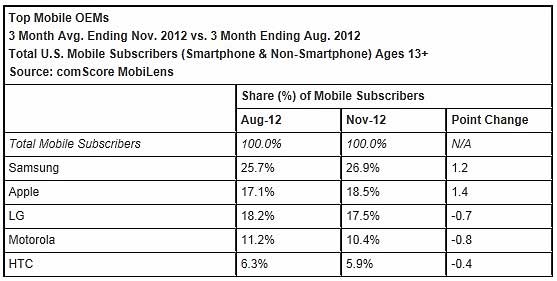 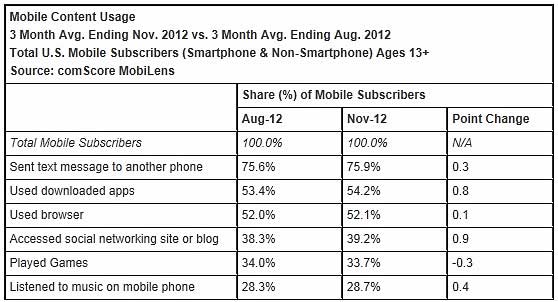 Accessing of social networking sites or blogs increased 0.9 percentage points, to 39.2% of mobile subscribers. Game-playing was done by 33.7% of the mobile audience, while 28.7% listened to music on their phones (up 0.4 points).