Advertisers looking to boost the effectiveness of their digital display ads should be focusing on in-content units, nontraditional placements, contextually relevant creative, and above-the-fold locations, according to recent data from Infolinks.

The report was based on the results of an eye tracking study conducted by EyeTrackShop in 2013. Participants allowed researchers to access their webcams, which were then calibrated to track eye movements as webpages were viewed. Almost all of the respondents were under 40 (76% 18-30; 22% 31-40), and half were male, half female. 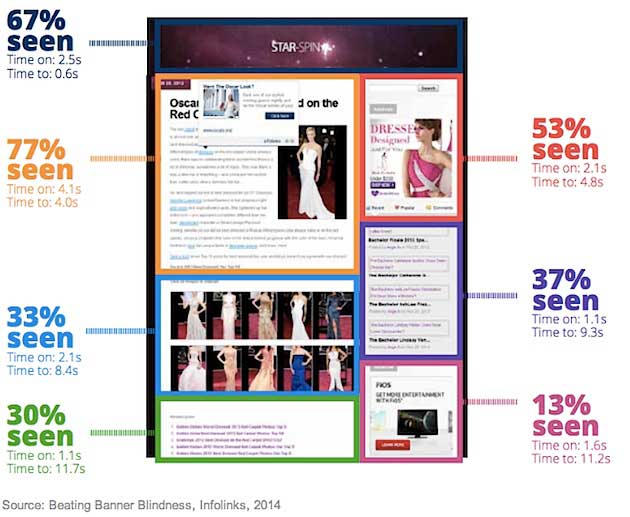 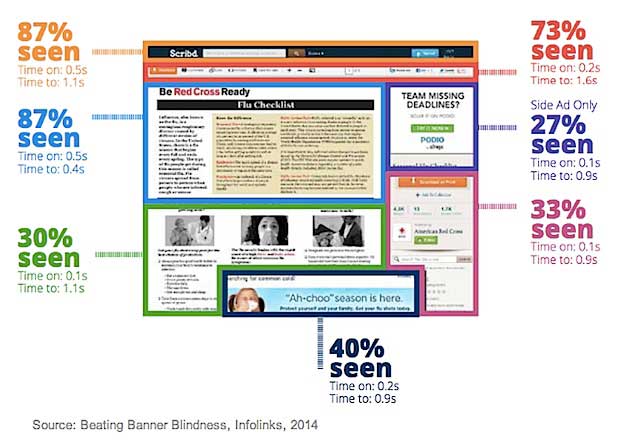 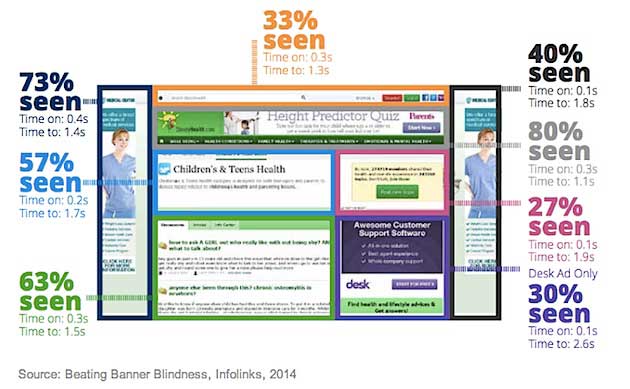