How Effective Are Super Bowl Ads?

The average Super Bowl XLVIII television commercial increased the likelihood that a viewer would purchase that brand's products or services 6.6%, according to a recent report from BrandAds.

Younger viewers were most influence by the ads, with consumers under the age of 18 showing a 37.1% increase in likelihood to purchase after watching the broadcast. Those 45-54 were least influenced. 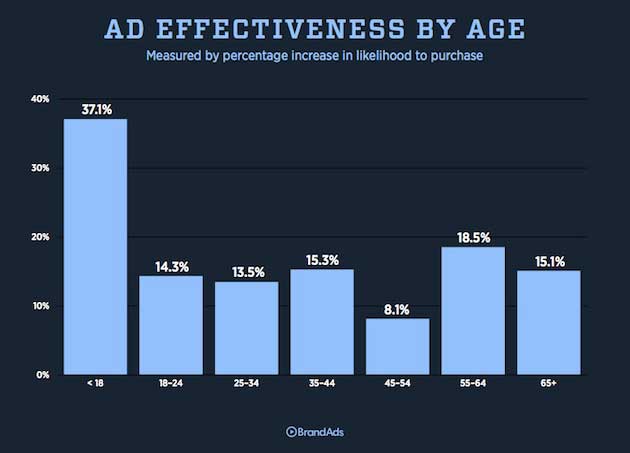 Below, additional key findings from the report, which was based on data from 37,440 consumers who shared how likely they were to purchase a product or service from a particular brand. 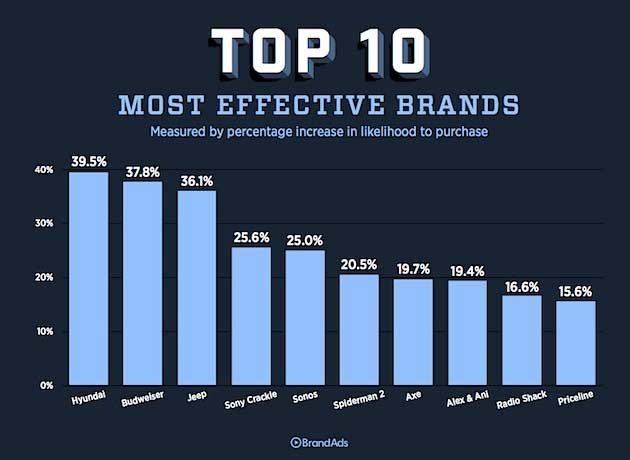 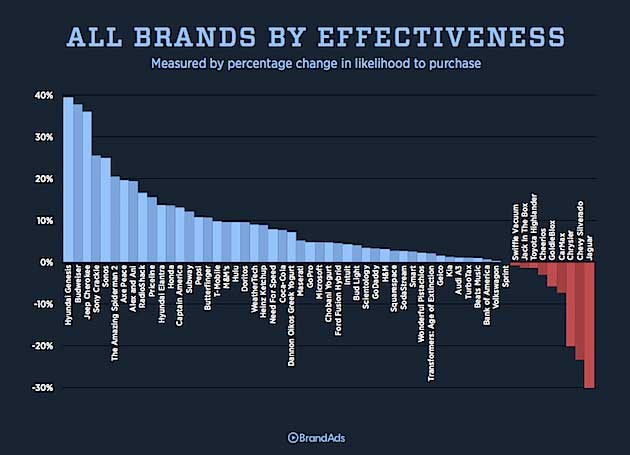 About the research: The report was based on data from 37,440 US participants who used Internet-connected devices to share how likely they were to purchase a product or service from a particular brand. Surveys were completed by a control group prior to the airing of the Super Bowl and by the separate exposed group after they had watched the Super Bowl.