Email volume predictably grew in 4Q13, thanks in large part to holiday mailings, according to a recent report from Yesmail Interactive.

Messages from insurance firms had the highest average open rate (25.7%) and total click rate (7.8%) in the quarter, Yesmail found. Emails from technology companies had the lowest bounce rate (1.1%), but also the second-lowest click rate (1.6%). 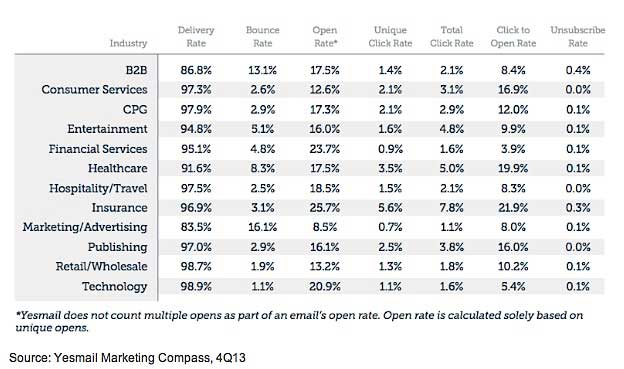 In 4Q13, both desktop and mobile click-to-open rates registered a decline of 2.7% and 5.7% respectively, due to opens increasing at a much higher rate than clicks. 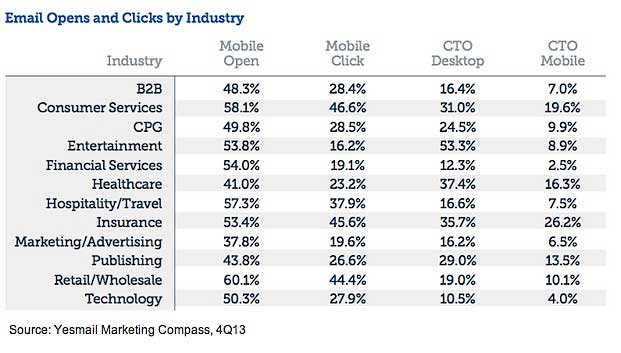 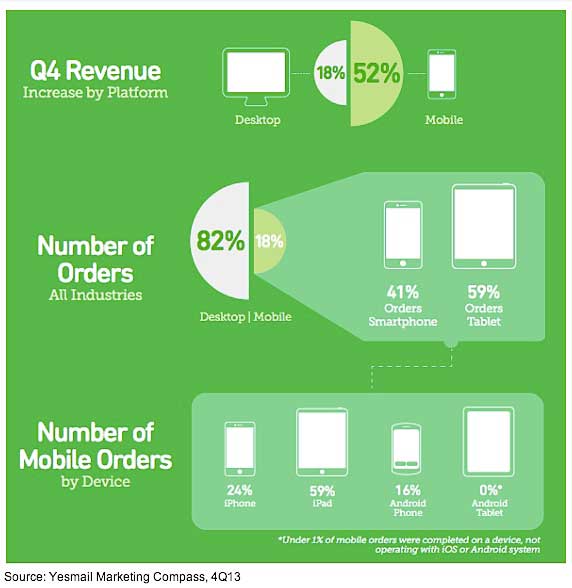 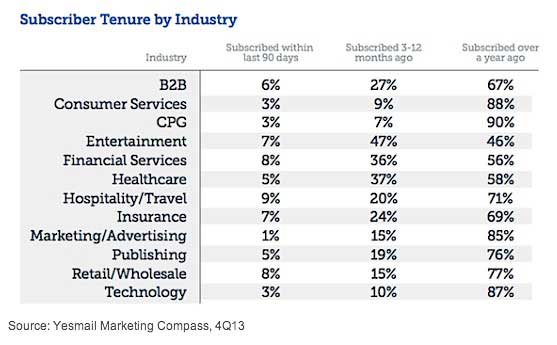 About the research: The report was based on data from 6.4 billion marketing emails sent in 4Q13.