The 25 Most Powerful Corporate Brands

The Coca-Cola Company is the most "powerful" global corporate brand, according to a recent report from CoreBrand.

The organization compiled its 2014 rankings by polling 10,000 business professionals on their impressions of top brands at the corporate level, not individual products or divisions. Respondents were asked to evaluate the power of brands based on two criteria: familiarity (how well is the brand known?) and favorability (does the brand have a positive reputation, well-regarded management, and good investment potential?).

Coca-Cola has been ranked number one since 2008, when CoreBrand released its first study. The gap between it and Hershey, the number two brand in the rankings, is the greatest between any two successively listed brands on the list (2.8 points).

Among the top 25 brands, Microsoft had the largest gain, up nine positions to number 11. Microsoft is up 34 positions since 2008. Google is the biggest overall gainer since 2008, up 90 positions to come in at number 26.

Below are additional findings from CoreBrand and the top 25 corporate brands on the list. (The Top 100 list can be accessed here.) 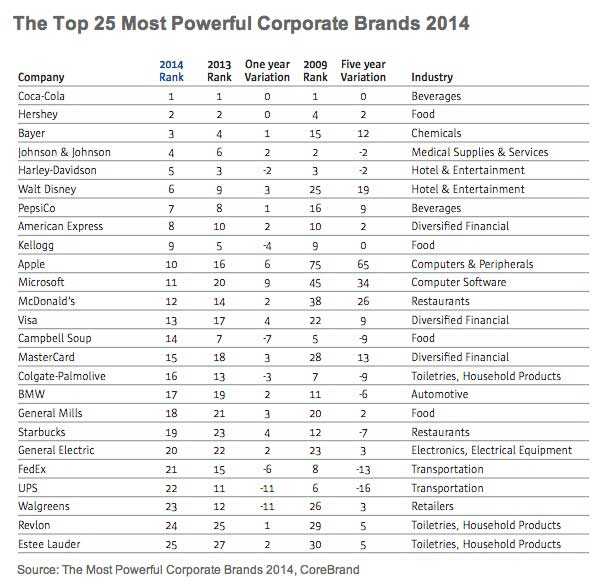 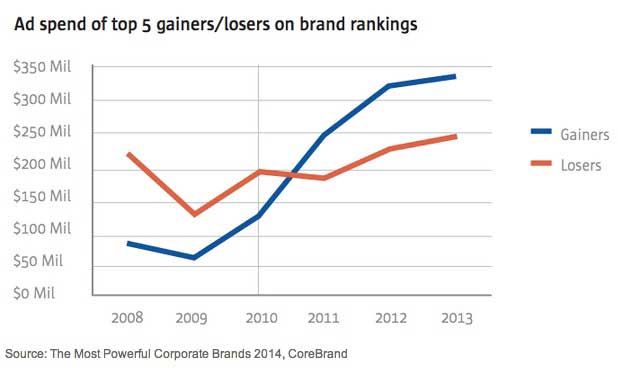 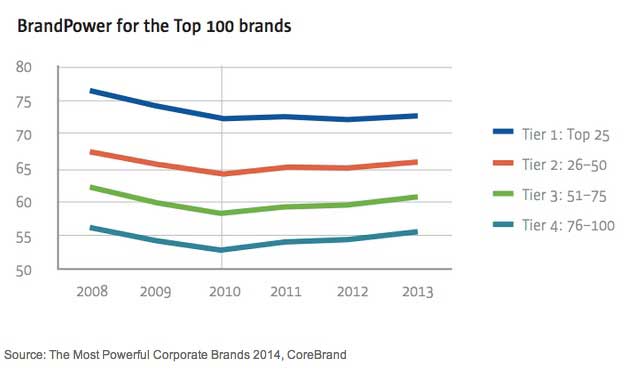 About the research: The report was based on data from a survey of 10,000 business professionals. Respondents were asked to evaluate the power of brands based on familiarity and favorability. The full methodology can be accessed here.