Most small businesses (62%) plan to spend the majority of their 2014 annual marketing budget on retaining existing customers rather than trying to acquire new ones, according to a recent report from BIA/Kelsey and Manta.

That's a shift from 2012, when BIA/Kelsey found that most small businesses were spending more than half of their marketing budget on finding new customers.

Similarly, small business owners say they now spend most of their time investing in existing customer relationships, with most (56%) spending less than 25% of their time on efforts related to new customer acquisition.

Such time and resource investment in existing customers is directly apparent in revenue: 61% of small businesses say they generate most (51%+) of their annual sales from repeat customers.

Below, additional key findings from the report, which was based on data from a survey of 902 US-based small business owners (SBOs).

Reflecting the emphasis on reaching existing customers, Facebook and email are the two most popular marketing channels with respondents (used by 52.1% and 39.4%, respectively). 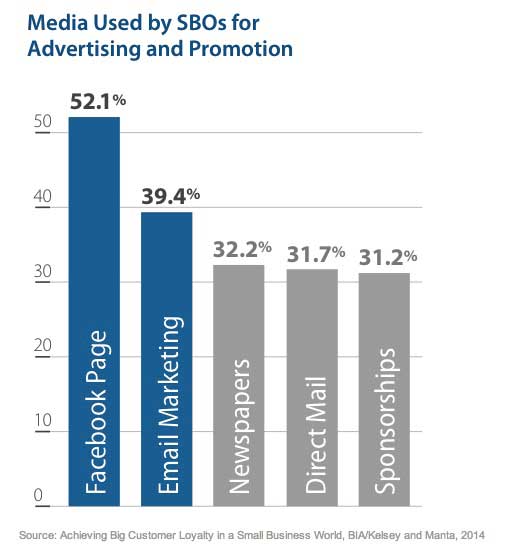 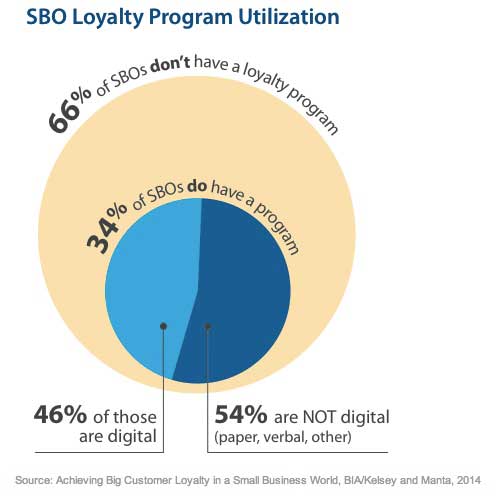 About the research: The report was based on data from a survey of 902 US-based small business owners, conducted in January 2014.