What are the top rated marketing automation products for small businesses, mid-market companies, and large enterprises?

In its Buyer's Guide to Marketing Automation Software, TrustRadius tackled that question by looking at 400 in-depth reviews from authenticated end-users of marketing automation products as well the results of over 10,000 comparisons performed on the company's website.

The analysis did not include products focused on a single aspect of marketing automation (e.g., just landing page management), but rather on multifaceted tools that "help to automate and scale repetitive marketing tasks and the analysis of those efforts." Most of the software suites examined have a range of capabilities for demand generation, including email campaign management, landing pages, and lead scoring.

Even though the software products examined have many of the same core offerings, each also has its own additional capabilities (such as SEO or e-commerce tools), so the results are meant to be broad indicators of sentiment rather than the the best match for every business.

Below, key findings from the report by market segment.

TrustRadius ranked the products based on two factors: Average user rating and focus on serving each business segment (determined by the number of comparisons made by organizations of that size). By those criteria... 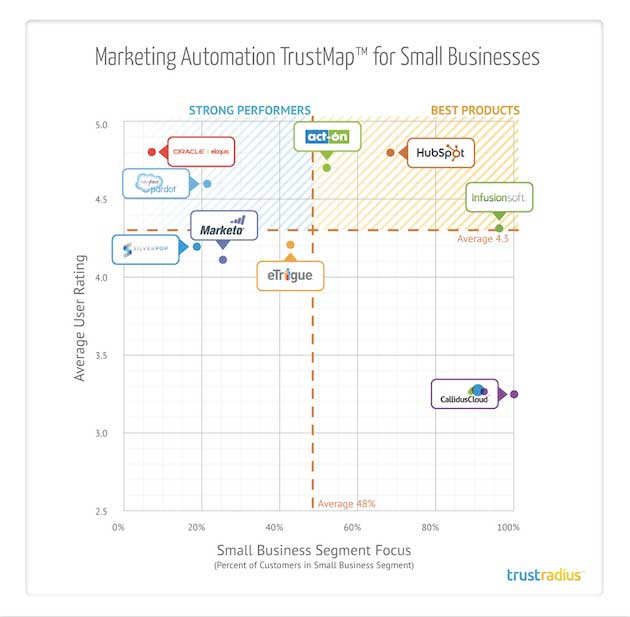 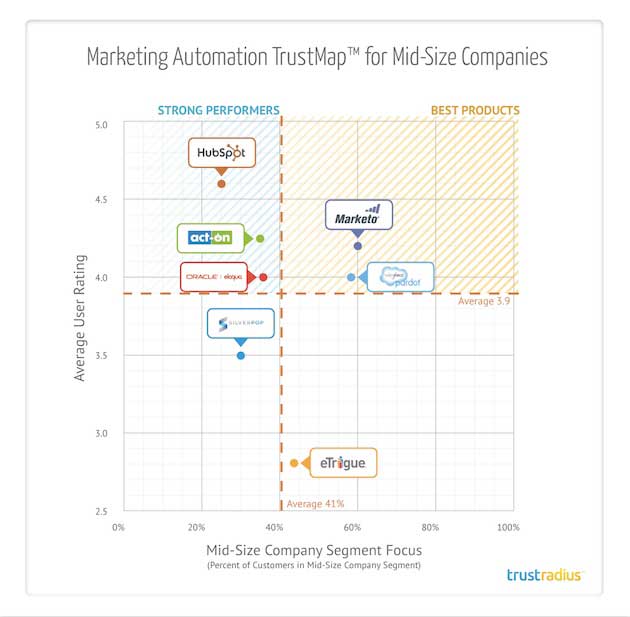 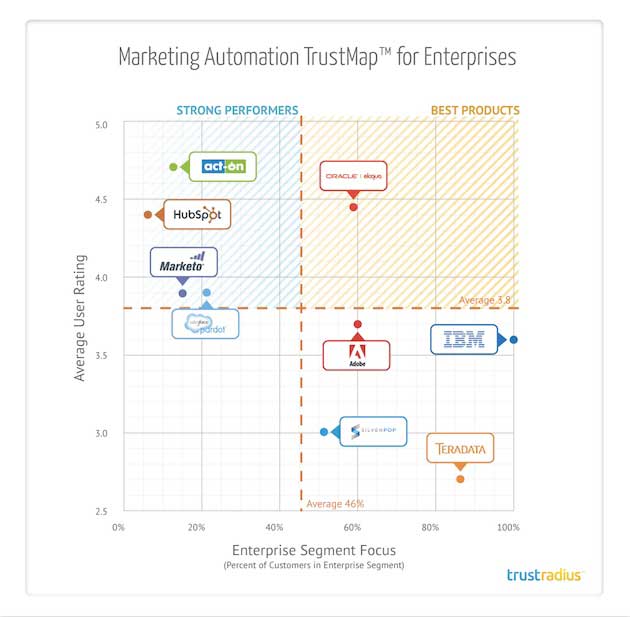 About the research: The report was based on 400 in-depth reviews by authenticated end-users of marketing automation products as well the results of over 10,000 comparisons performed on the TrustRadius' website.