Half of Americans say they don't trust advertisements, and 44% say they think ads are intentionally dishonest, according to a recent poll from YouGov.

Moreover, most Americans (58%) say there should be stronger requirements for proving claims in advertising.

Trust in advertising appears to be dependent on education, YouGov found: 65% of Americans with postgraduate degrees say advertising cannot be trusted, compared with 44% of those with a high school education. 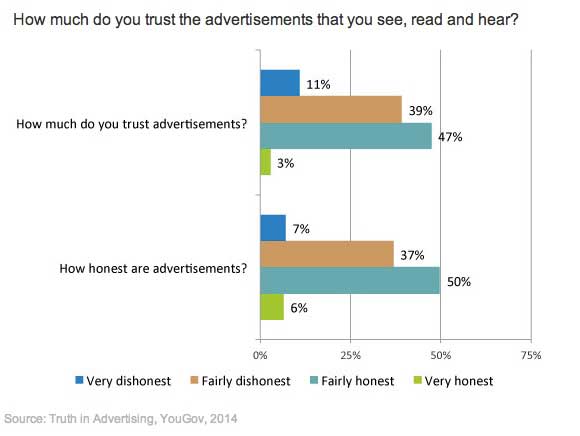 Below, additional key findings from the report, which was based on data from a survey of 987 US adults who see advertisements at least once a month. 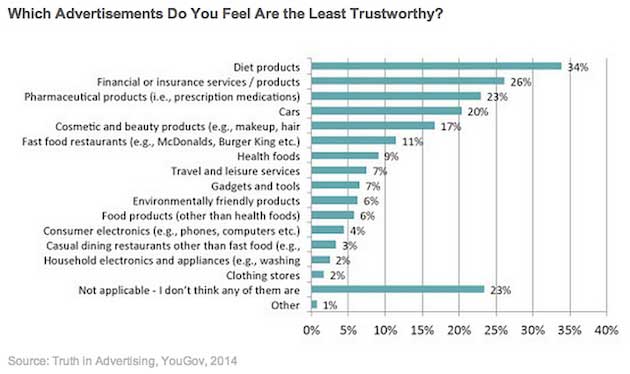 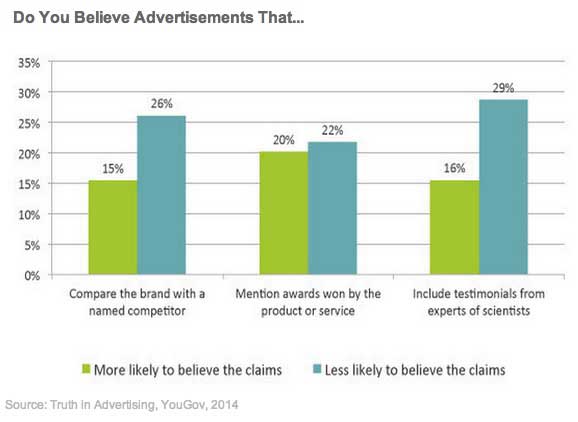 About the research: The report was based on data from a survey of 987 US adults who see advertisements at least once a month.