Which Companies Have the Best Reputations?

Among all companies, Amazon.com has the best reputation with US consumers, according to a recent report by Nielsen and The Harris Poll.

The ranking was based on data from a survey of 14,055 Americans who were asked to rate corporations with which they were familiar or very familiar. In particular, respondents evaluated each company on six dimensions: social responsibility, corporate vision and leadership, financial performance, emotional appeal, product/services, and workplace environment.

Johnson & Johnson and Google, which had both been highly rated last year, experienced significant declines in their scores and fell outside the top 10 rated companies. 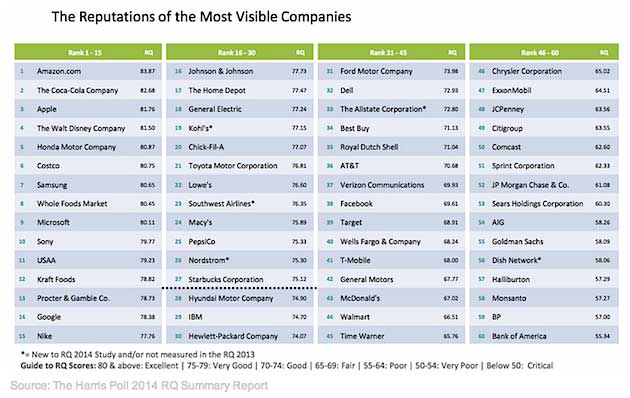 Corporate America's overall reputation has improved since its low in 2009, though still only 33% of respondents view it as excellent/very good.

The technology and travel sectors have the best reputations, with most consumers viewing each favorably.

The financial services, tobacco, and government industries have the worst reputations with respondents. 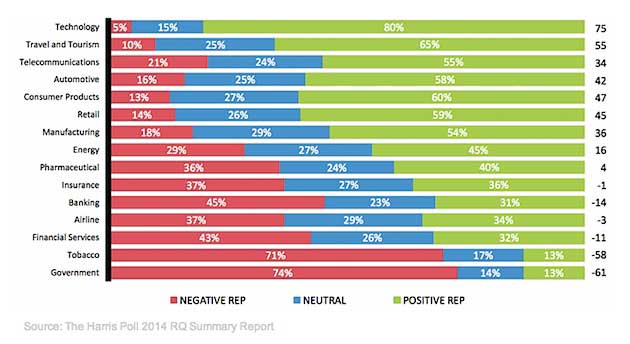 About the research: The report was based on two surveys: The first polled 4,028 Americans to determine the most "visible" companies, and the second polled 14,055 on their impressions of the most familiar companies.