Several industries passed the email "mobile tipping point" in 2013, with more than half of all sent marketing emails in the vertical opened by consumers on smartphones or tablets, according to a recent report from Knotice.

The open rates of emails sent by the consumer services, hospitality, and financial services industries all rose past 50% in the second half of 2013, the analysis of 1 billion emails sent by companies in 11 industry segments last year found.

Overall, the number of emails opened on a mobile device (smartphone or tablet) rose to 48% by the end of 2013, a 33% increase compared with the second half of 2012.

Even the B2B segment, which has traditionally skewed more to desktop email reading, moved steadily toward mobile last year: Opens on phones jumped 33.7% from early to late 2013, and tablet use for email nearly doubled. 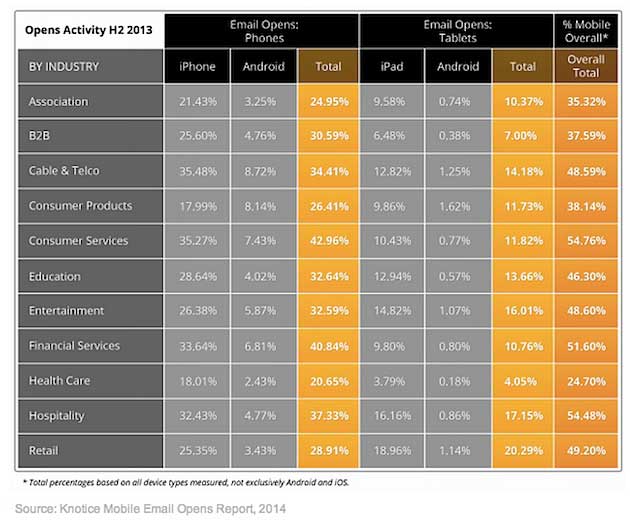 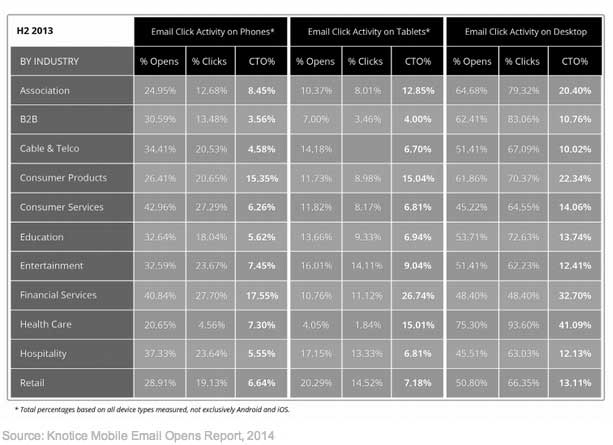 Opens by Time of Day 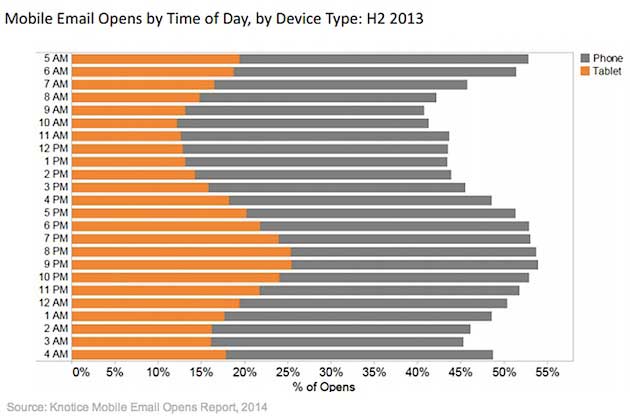 82% of all email opens analyzed occurred on iPhones; the bulk of the other top phones were Android devices. 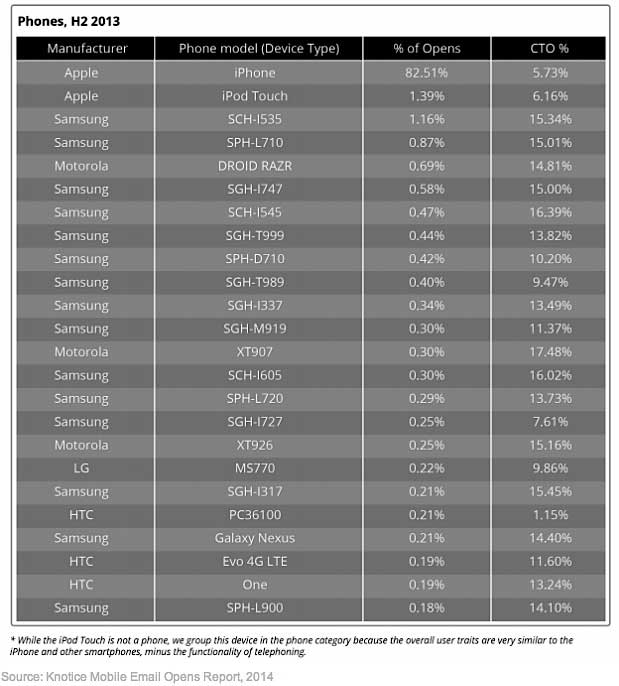 About the research: The report was based on data from 1 billion emails sent by companies in 11 industry segments in 2013.