Which Search Engines Deliver the Most Engaged Visitors?

Ask.com, Bing, and Yahoo drive far fewer consumers to publishers' websites than Google, but visitors who arrive via those three search engines tend to stay longer during visits and view more pages, and they are less likely to exit after reading only one page, according to a recent analysis by Shareaholic.

Below, key findings from the report, which was based on organic search traffic data collected over six months (December 2013 to May 2014) from the sites of 300,000+ publishers reaching an audience of more than 400 million monthly unique visitors. 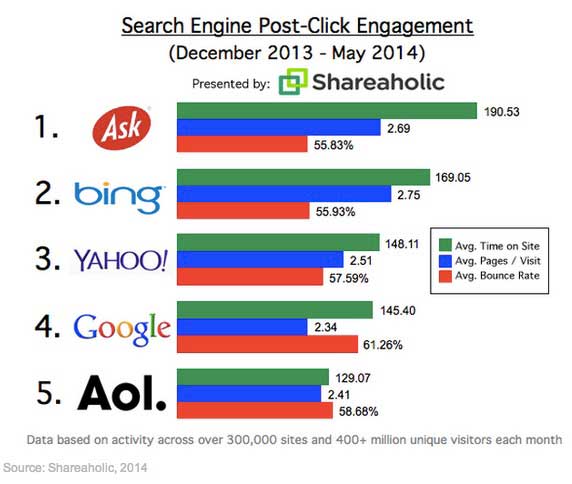 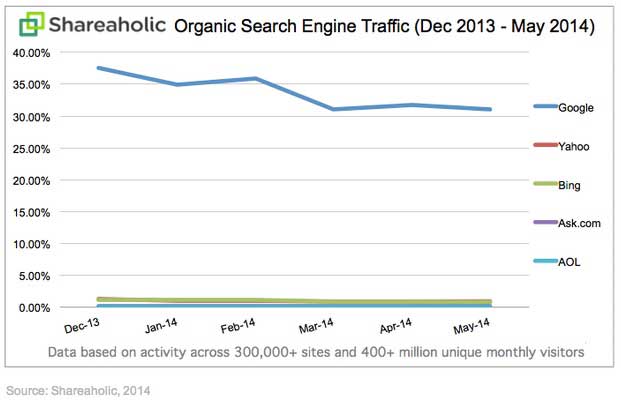 Of the rest of the search engines (excluding Google), Bing and Yahoo drive the most traffic to the websites examined. 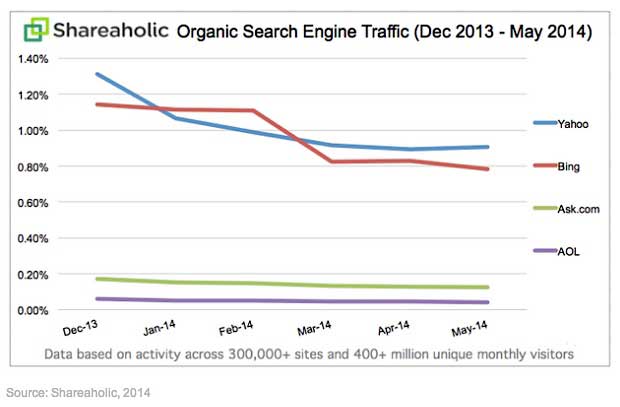 About the research: The report was based on organic search traffic data collected over six months (December 2013 to May 2014) from the sites of 300,000+ publishers reaching an audience of more than 400 million monthly unique visitors.