Google now delivers Universal Search results—those that include a blend of links, videos, images, news, shopping listings, and map data—for 81% of all US searches, according to a recent report from Searchmetrics.

The analysis was based on data from millions of keyword searches conducted on Google.com in the United States between January and December 2013. The number of results that include Universal Search integrations has steadily increased over time and is up six percentage points from 2012, it found.

Below, other key findings from the report. 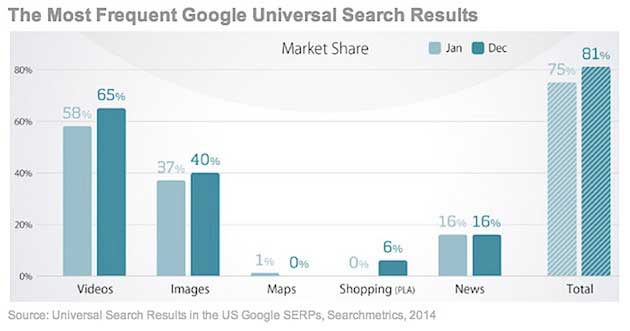 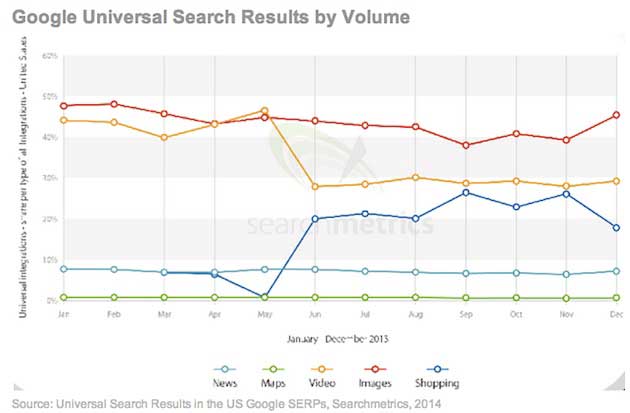 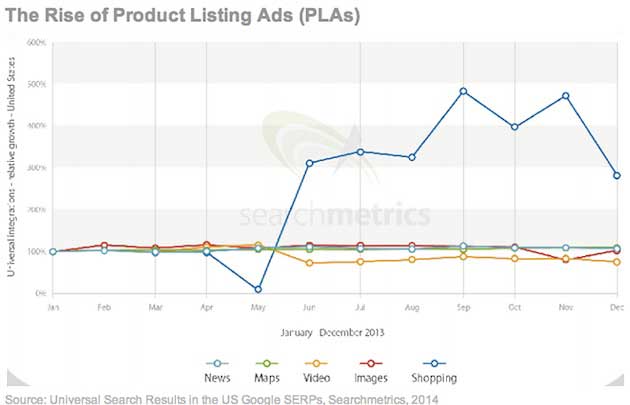 YouTube is the video provider most often returned in Universal Search results, though its share of integrations declined in 2013. 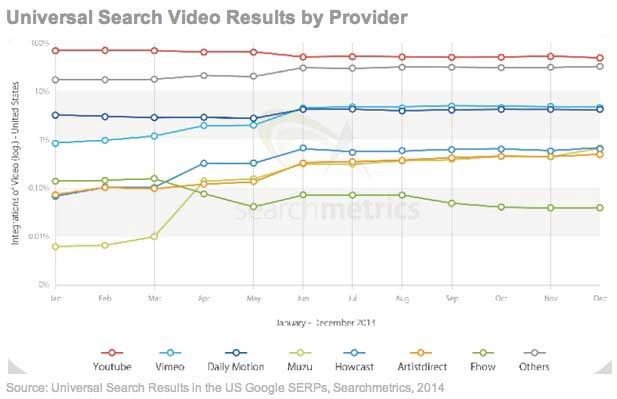 About the research: The report was based on data from millions of keyword searches conducted on Google.com in the United States between January and December 2013.