Empty-Nester women view themselves as independent individuals who actively stay current with ongoing trends and technology, according to a recent report from Influence Central.

The report was based on data from a survey of 600 respondents in the United States. "Empty-Nesters" were defined as women over the age of 45 who do not have children living at home under the age of 18.

Nearly three-quarters (71%) of this group say they disagree with the frequent portrayal of them as women who are "behind the times" and disengaged with pop-culture.

Moreover, 68% consider themselves independent thinkers, and 58% identify themselves as front-runners for trying the newest thing.

Some 67% of Empty Nester women surveyed say they are skeptical of traditional advertising and most (60%) say they frequently tune out traditional ads because they feel they are not accurately targeted.

Nearly half (48%) of respondents say the actors and models typically used to depict their age group in ads are too young. 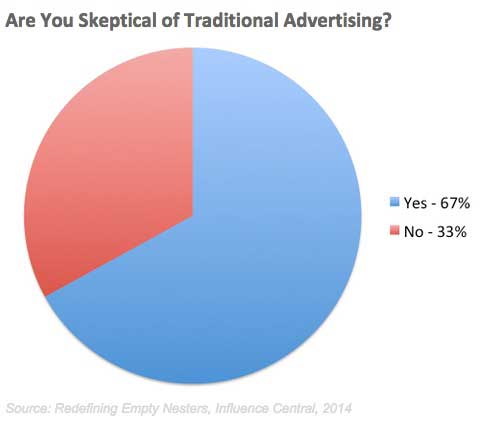 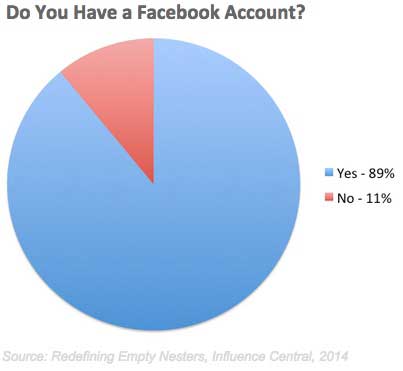 About the research: The report was based on data from a survey of 600 women in the United States over the age of 45 who do not have children living at home under the age of 18.