The Most Used (and Liked) Marketing Tactics by Local Affiliates

Traditional marketing tactics remain some of the most used and well-liked channels by the local affiliates of US companies, according to a recent report from Brandmuscle.

The report was based on data from a survey of hundreds of local affiliates—dealers, agents, and franchisees—of companies in the United States across a range of industries.

Overall, coupons remain the most employed tactic by respondents (83% say they use the tactic), followed by direct mail (81%) and local events (79%).

Local event marketing is the tactic with the highest satisfaction rate (80% of businesses that employ it are satisfied), followed by coupons (77%).

Email is the fourth most used and third most well-liked digital channel (72% use; 76% are satisfied). 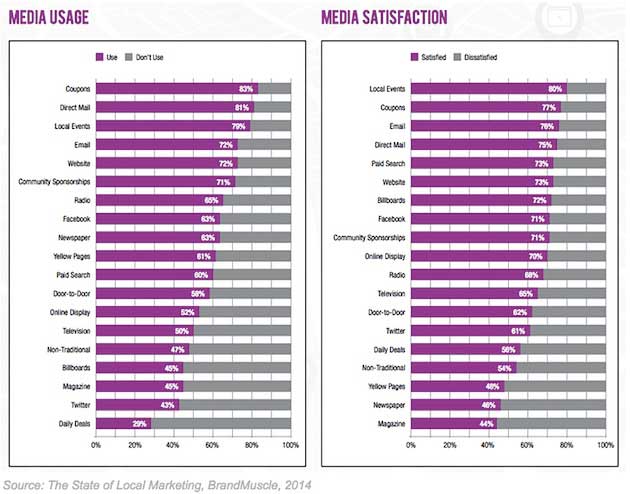 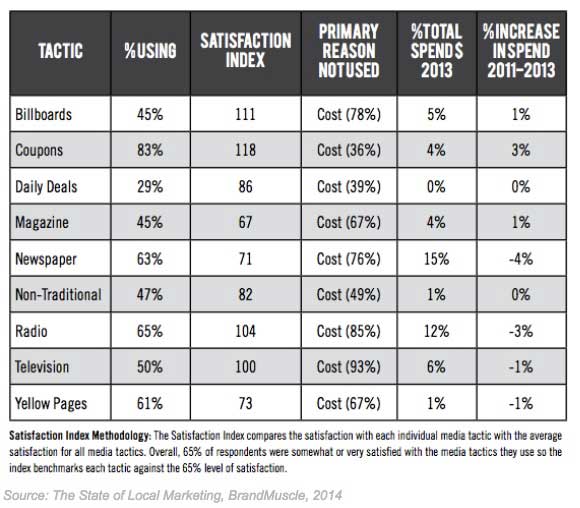 About the research: The report was based on data from a survey of hundreds of local affiliates—dealers, agents, and franchisees—of companies in the United States across a range of industries.