When Should Marketers Send Holiday-Themed Emails?

Christmas-themed and general winter holiday season emails have higher open rates when sent weeks or even months earlier than immediately before the target holiday, according to a recent report from Yesmail Interactive.

However, themed emails for holidays that do not usually involve gift-giving (Halloween, Thanksgiving, Black Friday, and Cyber Monday) have the best open rates right before the holiday or actually on it.

Below, key findings from the report, which was based on fourth quarter 2013 data from the email campaigns of 30 major brands. 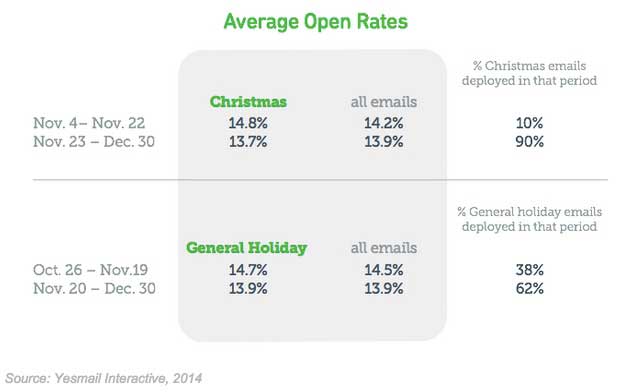 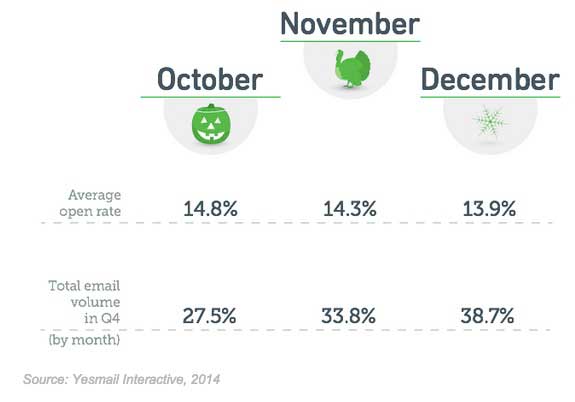 About the research: The report was based on fourth quarter 2013 data from the email campaigns of 30 major brands.