What Is the Value of Ranking First in an Amazon Search?

Some 35% of consumers, on average, click the first product listed on an Amazon shopping search results page, according to a recent report from Compete.

The report was based on data from 75 million consumers who conducted at least one search on Amazon in September 2014.

The analysis found that, on average, 35% of consumers click on the first product, regardless of whether the search is their first one on the site or a subsequent search. The second result on a page receives 17% of clicks, on average, and the third garners 12%.

The tenth product listed—which still typically appears on the first page of an Amazon desktop search results page—receives just 3.5% of clicks, on average. In other words, searchers are ten times more likely to click on items listed first than items listed tenth. 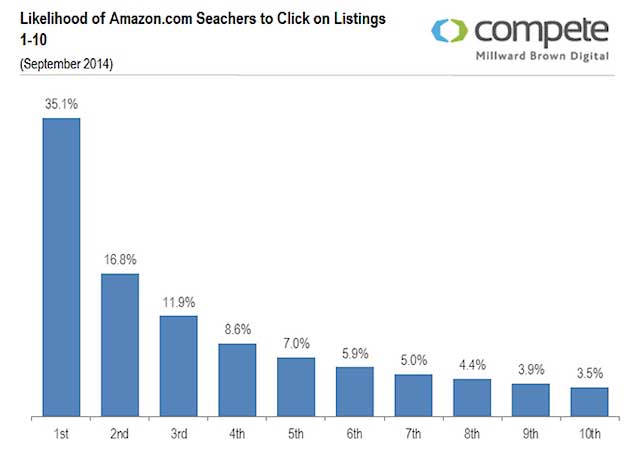 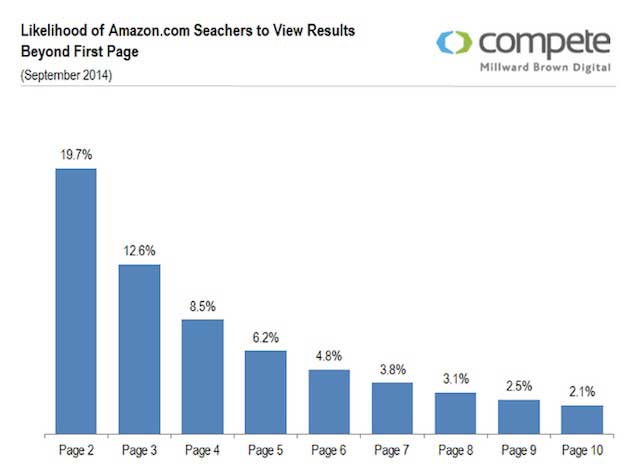 Amazon accounted for 22% of US consumer visits to online retailers in September, up from 19% last year. 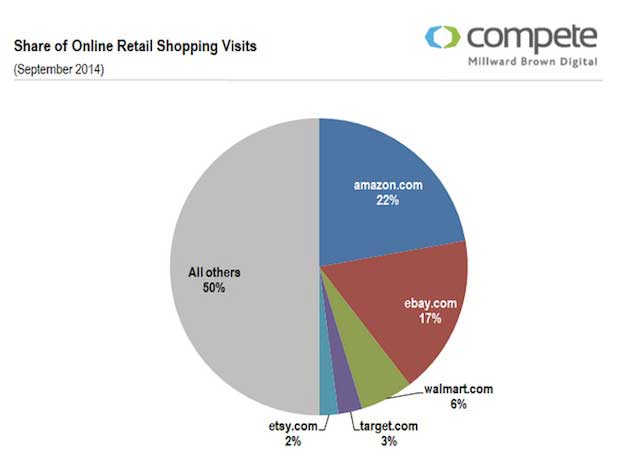 About the research: The report was based on data from 75 million consumers who conducted at least one search on Amazon in September 2014.