Global advertising spend will increase 4.9% in 2015 and total $545 billion, according to recent projections from ZenithOptimedia, which expects the growth based primarily on an anticipated rise in overall global GDP in 2015.

However, the 2015 increase is projected to be slightly less than 2014's 5.1% because of a lack of major events such as the Winter Olympics, men's soccer World Cup, and midterm elections in the United States.

ZenithOptimedia projects a 5.6% global increase in advertising spend in 2016, thanks to the Summer Olympics, US Presidential elections, and UEFA European Football Championship.

Spend growth is expected to slip back to 5.2% in 2017 in the absence of such events. 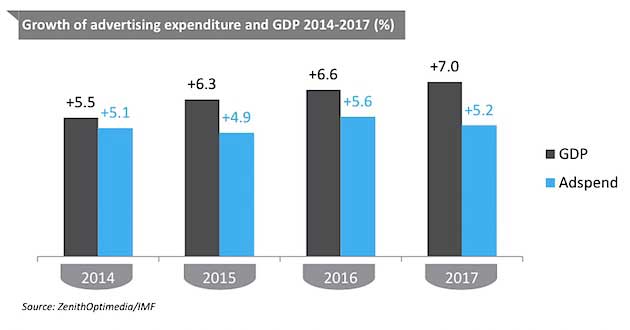 Below, additional key findings from the forecast.

Some key regional ad spend projections from the report are as follows: 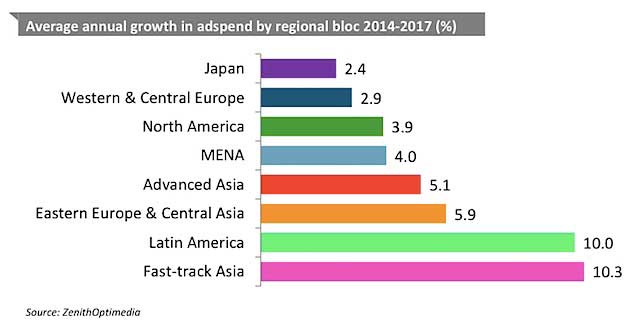 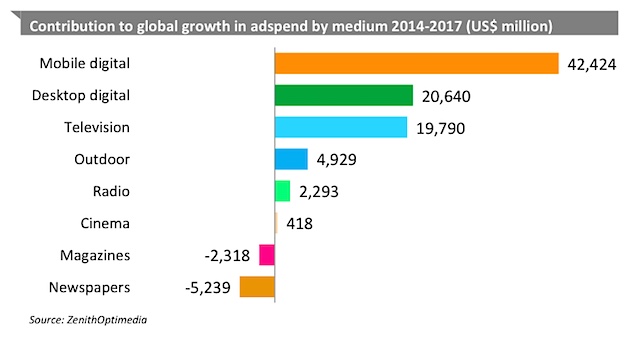 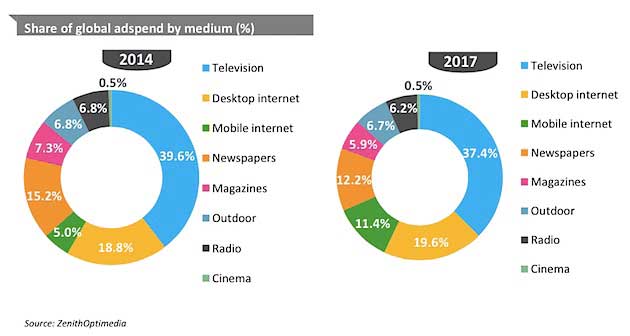