Mobile devices had the highest average click-through rate (CTR) across all digital ad channels in 4Q14, according to a recent report from Marin Software.

The report was based on data from the Marin Global Online Advertising Index, which looks at over $6 billion worth of spend on the Marin platform. The index consists primarily of enterprise-class marketers—larger advertisers and agencies that spend in excess of $1 million annually on paid search, display, social, and mobile.

Search ads had the highest average CTR in 4Q14, with social and display lagging sharply—in line with how all three digital advertising channels have performed historically—the analysis found. 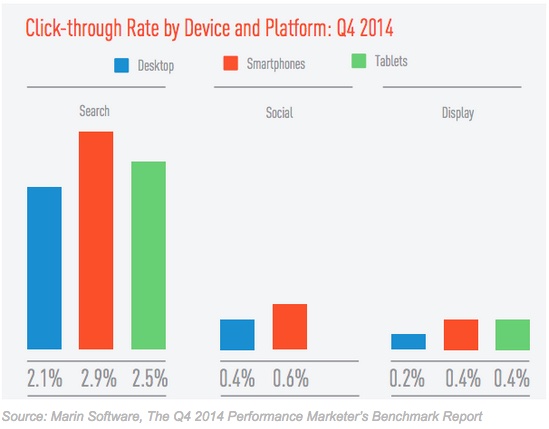 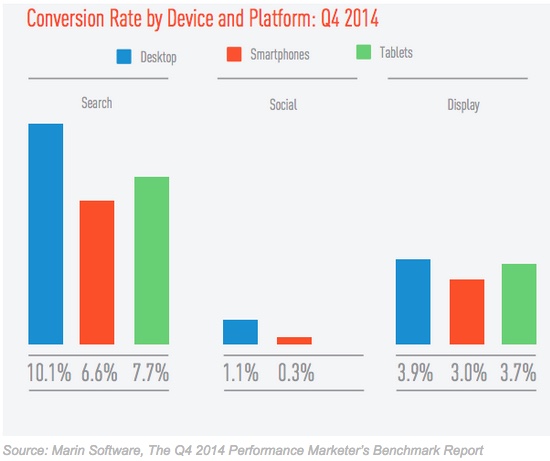 Cost per click (CPC) in 4Q14 mirrored conversion rates, with desktops having the highest CPC across search, social, and display. 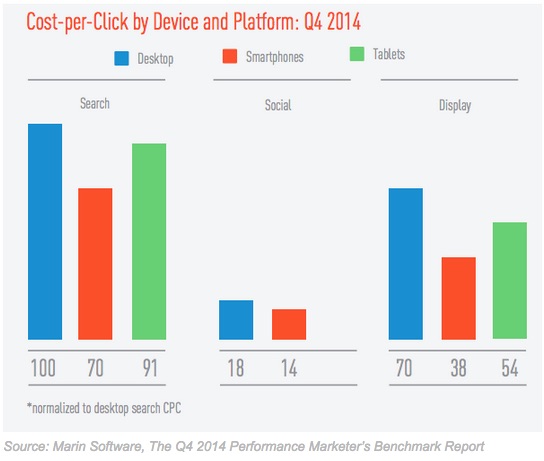 About the research: The report was based on data from the Marin Global Online Advertising Index, which looks at over $6 billion worth of spend on the Marin platform.