Native ads in digital news feeds receive significantly more visual attention from consumers than banner ads do, according to a recent report from Sharethrough and Nielsen.

The report was based on data from a study in which mock banner and native ads from five advertisers were shown to participants in a video simulating the experience of scrolling through an editorial feed. Using a combination of EEG data—measurements of neural activity in the brain—and eye tracking, Nielsen quantified where and how the participants' focus was directed.

In-feed native ads in the desktop simulation received 25% more attention from study participants than banner ads did; on tablets, the native ads received twice as much visual focus as the banners. 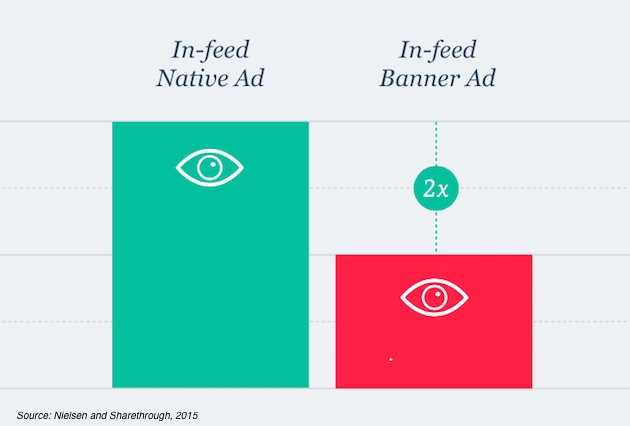