Global ad spend is projected to increase 4.4% in 2015—and 5.3% in 2016, boosted by the Summer Olympics in Rio and the US Presidential elections—according to projections by ZenithOptimedia.

ZenithOptimedia lowered its ad spend growth forecasts for 2015 and 2016by 0.5 and 0.3 percentage points, respectively, from earlier reports, primarily because of the deepening recession in Russia, Ukraine, and Belarus, as well as a slowdown in growth in China. 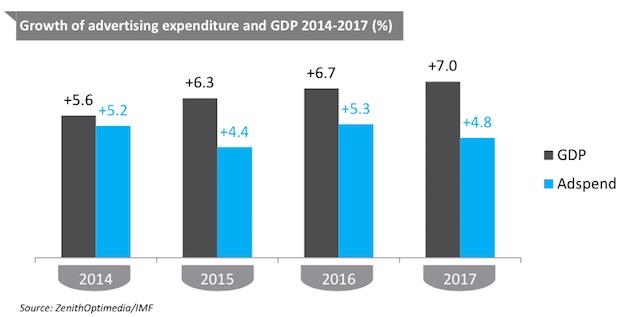 Asia and Latin America are expected to have the fastest annual ad spend growth of any regions between 2014 and 2017, averaging 9% and 12%, respectively; Eastern Europe and Central Asia are expected to shrink an average of 0.3% a year over the forecast period. 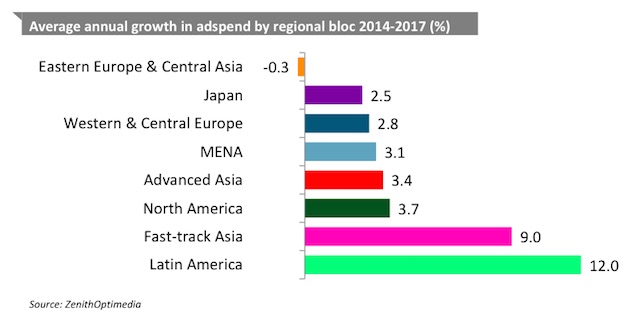 Mobile is forecast to be the largest driver of global ad spend growth: It's expected to contribute 62% of all extra spend between 2014 and 2017. Television is projected to be the second-largest contributor, accounting for 23% of new ad expenditure. 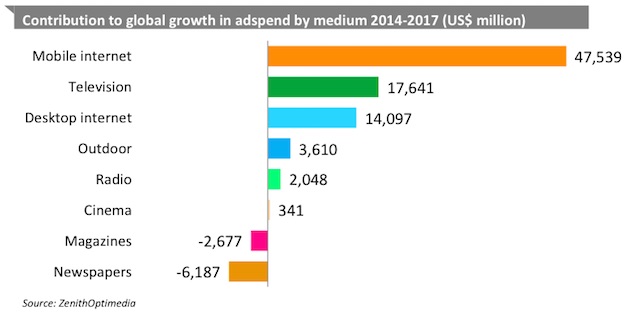 Despite a projected healthy growth rate, television's share of global ad spend is expected to dip slightly over the next few years as digital channels grow more quickly. 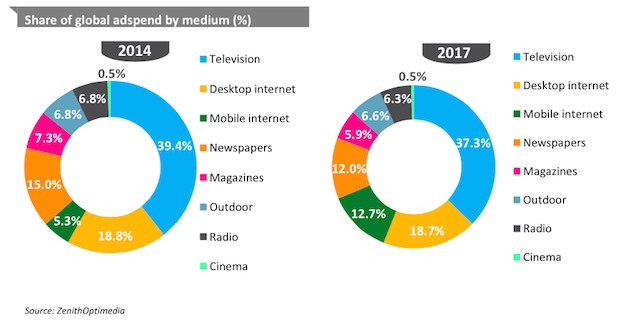