The 21 Most (and Least) Trusted Companies in the United States

Credit unions and H-E-B, a grocery store chain headquartered in Texas, are the most trusted companies by consumers in the United States, according to a recent report from Temkin Group.

The report was based on data from an online survey conducted in January 2015 of 10,000 US consumers. Respondents were asked to evaluate how much they trust 293 organizations across 20 industries on a 1 ("do not trust at all") to 7 ("completely trust") scale.

USAA, a bank and insurer, is the third most trusted company by US consumers, followed by Publix Super Markets. 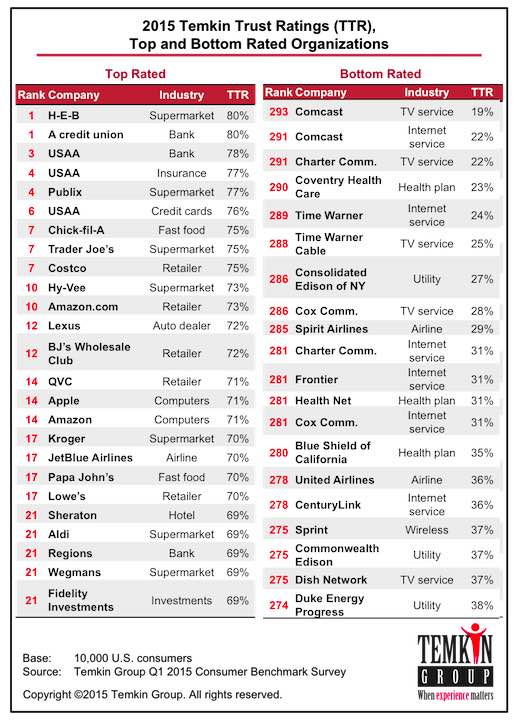 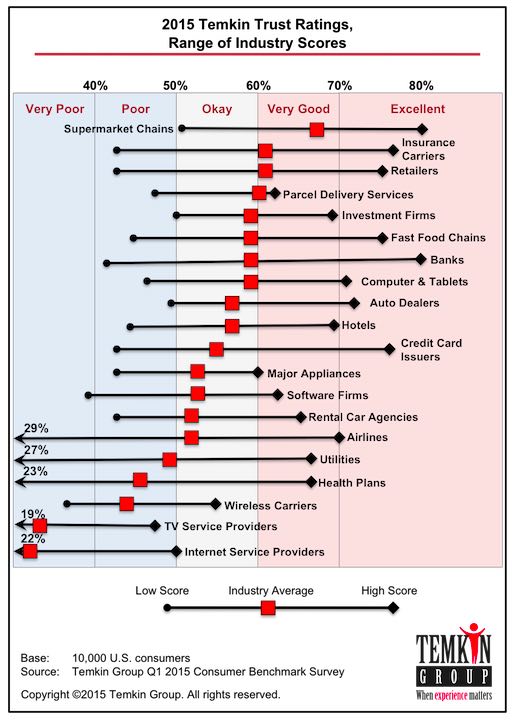 The following table lists the best and worst ranked company for each industry included in the report: 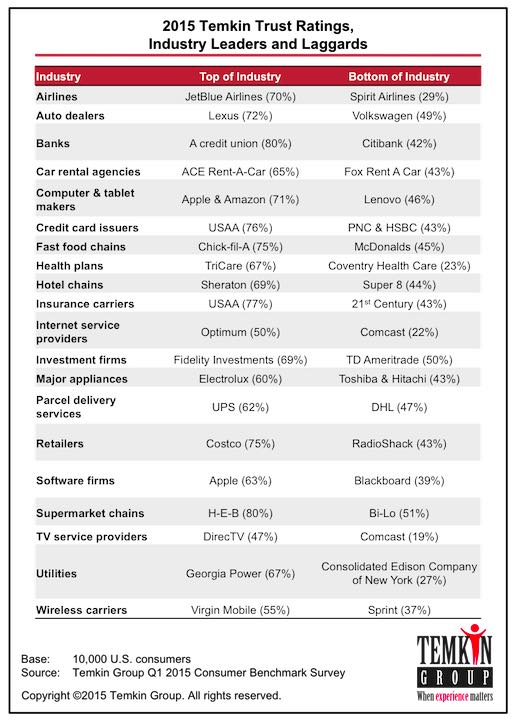 About the research: The report was based on data from an online survey conducted in January 2015 of 10,000 US consumers.

Continue reading "The 21 Most (and Least) Trusted Companies in the United States" ... Read the full article