Do consumers like humor in marketing emails? Do they prefer formal or informal language? Is it acceptable to include the occasional "LOL" and "BTW"?

BuzzStream and Fractl recently set out to answer such questions by surveying 1,200 people between the age of 18 and 64 about out their email etiquette preferences. The researchers segmented the findings by gender, age, and level of education to see how demographic factors influence preferences.

Some 45% more women than men say informal emails are more authentic; women also tend to say the sender of an informal email is younger and more reliable.

More than 25% of people of every educational level surveyed—those with graduate degrees, bachelor's degrees, and no degrees—say using advanced and widely unknown vocabulary in emails is "slightly unacceptable."

Graduate degree holders is the only group in which more than 20% of respondents say using advanced vocabulary is acceptable. 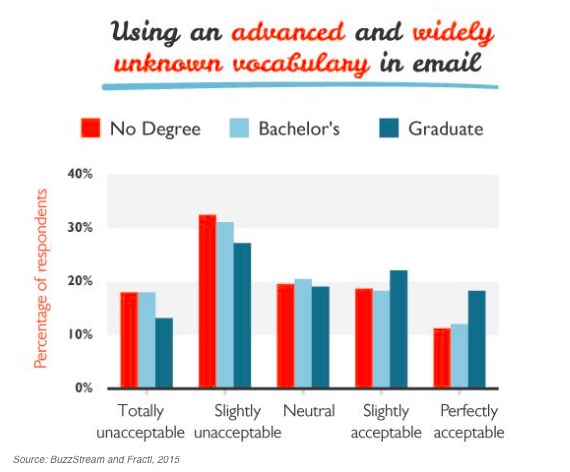 More than 50% of respondents say humor is acceptable to use throughout emails, though women enjoy lighthearted emails more than men. 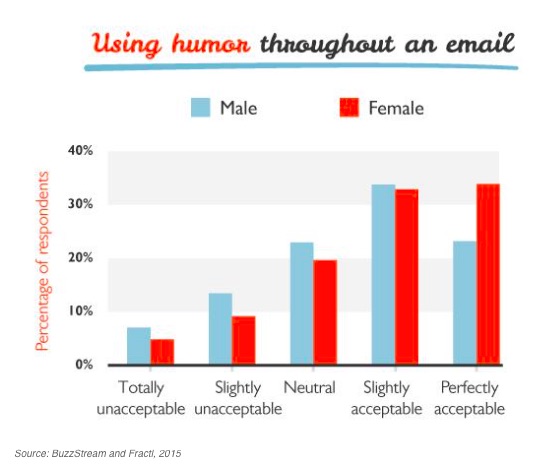 A majority of every age group surveyed thinks the use of slang such as "TTYL" and "BTW" is unacceptable to some degree in emails.

The youngest demographic surveyed dislikes slang the most: More than 40% of respondents 18-24 find its use "totally unacceptable." 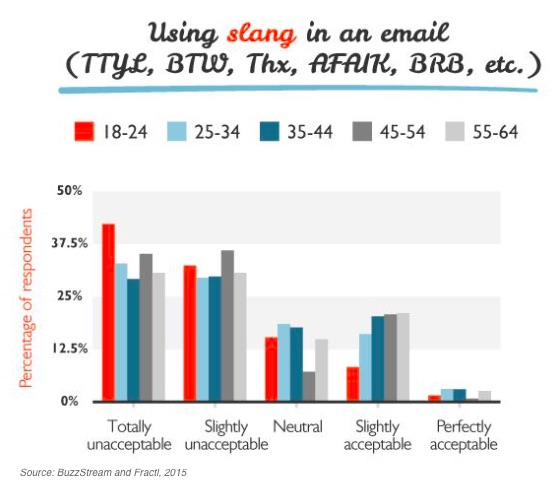 About the research: The report was based on data from a survey of more than 1,200 people between the age of 18 and 64.

You may like these other MarketingProfs resources related to Email Marketing.

Most Americans say they believe that email newsletters are a good way for brands to communicate with their customers, but also that those newsletters are sometimes manipulative, according to recent research from Storydoc.

Want to get more out of your marketing content? Email newsletters are a proven strategy to improve engagement and build trust with customers. Here are three sets of best-practices.

Most marketers say they plan to either maintain or increase their spend on email marketing in 2022, according to recent research from Litmus.

This infographic from Dooly covers five sales follow-up subject lines that are hard to ignore.

New technology is here that can both improve email domain security and increase email engagement. Learn about how using VMCs can enhance your email marketing.

Some 44% of email marketers say they now consider dark mode during the production of campaigns, according to a recent survey conducted by Mailjet and Ascend2.