Two-thirds (67%) of all US email opens occurred on a mobile device in 1Q15, according to a recent report from Movable Ink.

The report was based on data from 1.2 billion email opens that occurred between January and March 2015 in the United States. The emails were sent by Movable Ink’s customer base, which includes more than 250 enterprise B2C marketers from the retail, travel, financial, media, and telecommunications industries. 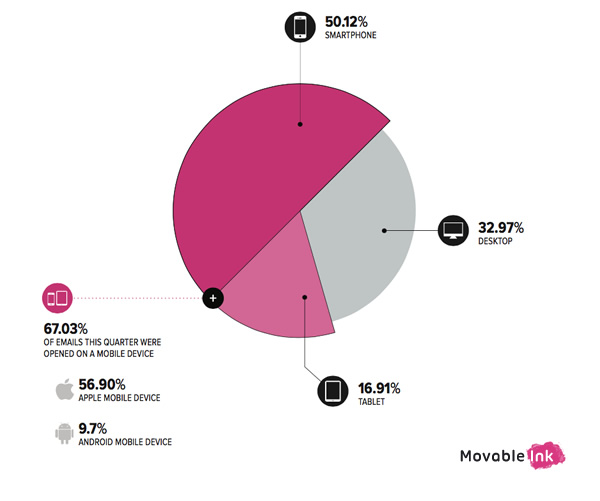 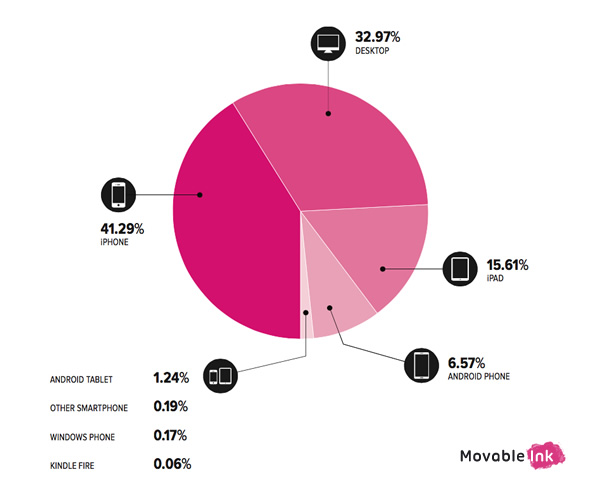 Though desktops still make up the largest share (37%) of email conversions, iPhones are catching up, accounting for 31% of conversions from email in 1Q15. 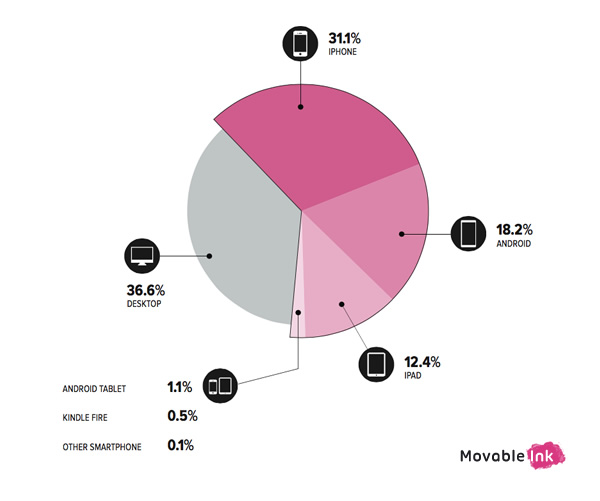 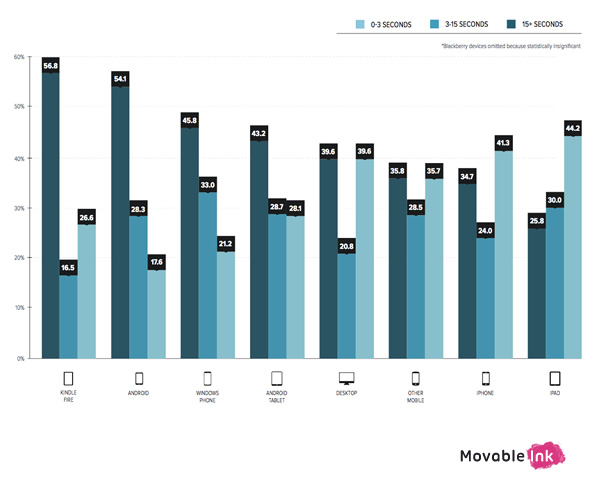 About the research: The report was based on data from 1.2 billion email opens that occurred between January and March 2015 in the United States.