How Teens Use Digital: Mobile, Messaging, and Social Trends

Some 91% of teens in the United States go online from a mobile device at least occasionally, according to a recent report from the Pew Research Center.

The report was based on data from a survey of a representative sample of 1,060 people age 13-17 in the United States.

African-American teens are significantly more likely than whites or Hispanics to use mobile devices to go online, the survey found: Nearly all African-American respondents say they use mobile Internet access at least occasionally, whereas 90% of white and 91% of Hispanic teens say so. 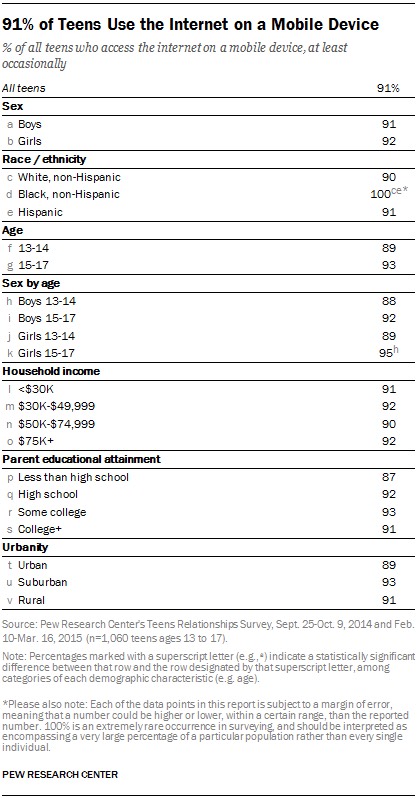 Some 92% of teens report going online daily, with 24% using the Internet "almost constantly," 56% going online several times a day, and 12% reporting once-a-day use. 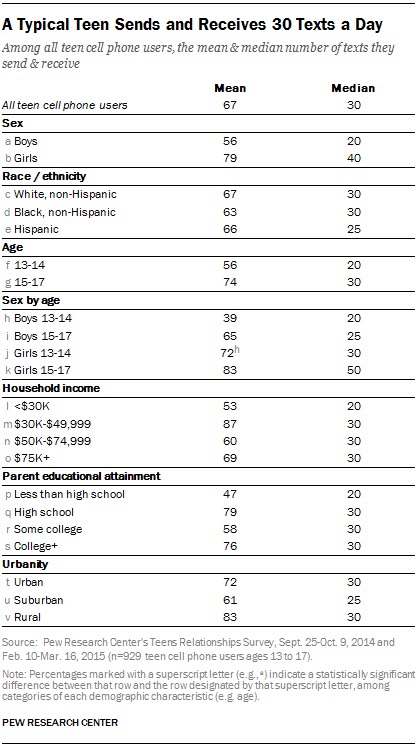 About the research: The report was based on data from survey of a representative sample of 1,060 people age 13-17 in the United States.