The 10 Most Visible Advertisers on Google AdWords and Shopping

The report was based on an analysis of millions of keyword searches in 2014.

The rankings were compiled by assigning each advertiser a PLA Visibility score and a PPC Visibility score, which were based on the number of times each domain appeared in the keyword results examined, its rank within those results, the competitiveness of the keywords targeted, and the probability of click-through.

After Amazon, the most visible Google AdWords advertisers are Wow.com, Ask.com, WebCrawler.com, and About.com. 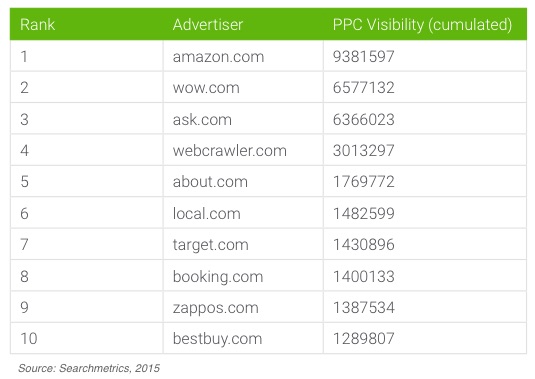 After eBay, the most visible advertisers on Google Shopping are Wal-Mart, Rakuten, Macy's, and Etsy. 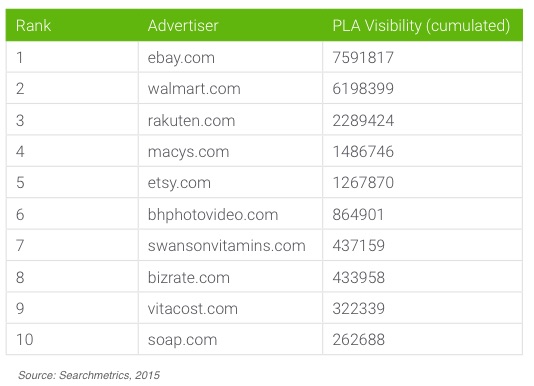 About the research: The report was based on an analysis of millions of keyword searches in 2014.

Continue reading "The 10 Most Visible Advertisers on Google AdWords and Shopping" ... Read the full article