The Top US Advertisers Last Year

Major marketers increased their 2014 US ad spend by just 2% in 2014, according to Advertising Age’s annual report on the nation's top advertisers.

Total US ad spend for the 200 leading national advertisers reached a record $137.8 billion in 2014, but the growth rate was the lowest since the ad market recovery took hold in 2010.

The slow growth came as big marketers put their budgets under intense scrutiny, reallocating spend from ineffective outlets to digital and other channels.

In total, the top 200 advertisers accounted for more than half of 2014 US media advertising spending, according to the report, which was compiled by the Ad Age Datacenter. 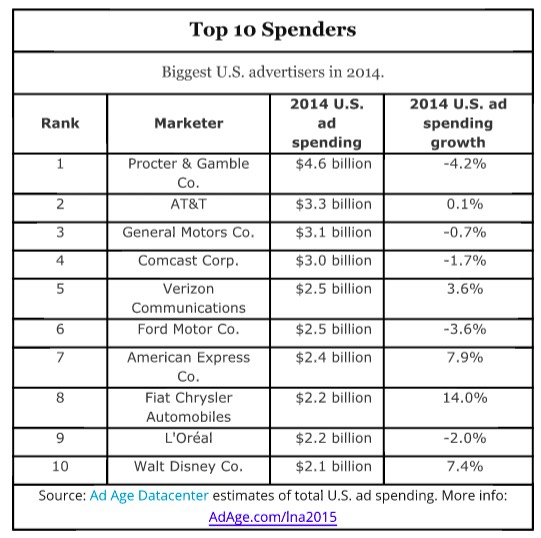