Consumers say content errors and inaccuracies are the top issues that make them distrust a company's website, according to a recent report from Neustar and the Ponemon Institute.

Some 91% of respondents say they do not trust websites that contain errors and inaccuracies.

Website unavailability is the next biggest red flag for consumers, with 88% of respondents saying they do not trust websites that frequently go down.

Five other factors that inspire mistrust: authentication that appears too easy (75% of respondents do not trust), long load times (67%), previous data breaches (63%), a lack of security safeguards (55%), and a reliance on only passwords for identification (31%). 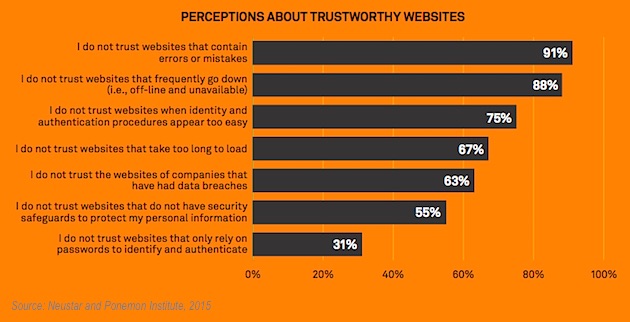 Consumers' expectations for websites vary significantly by vertical. For example, most respondents are willing to forgive slow load times on government and financial services websites, but they are not willing to do so for e-commerce, entertainment, and social media sites. 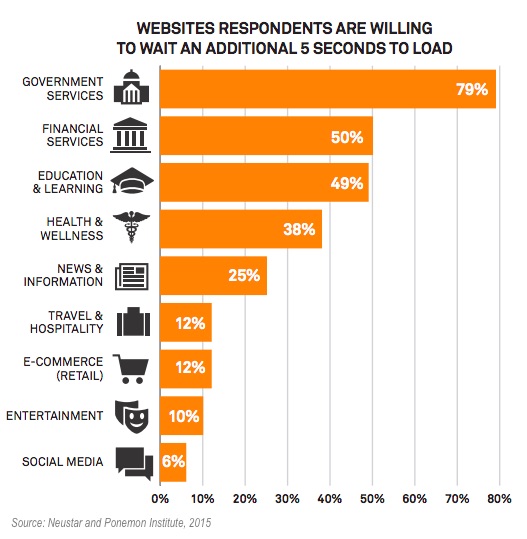 Various other website issues do not damage trust but nevertheless elicit dislike, the analysis found. For example, more than half (55%) of respondents say they dislike ads that interfere with content on websites.

About the research: The report was based on data from a survey of 750 adults living in the United States (52% women; 48% men).