The Facebook ads of e-commerce companies last holiday season (November and December) drove twice as many purchases as their ads during the other months of the year, according to a recent report from Nanigans.

Purchase rates during the 2014 holiday season doubled for nearly every day of the week, the analysis found.

However, there was a shift in behavior: Weekends were the peak purchasing days during the holidays, as opposed to Thursdays during the rest of the year. 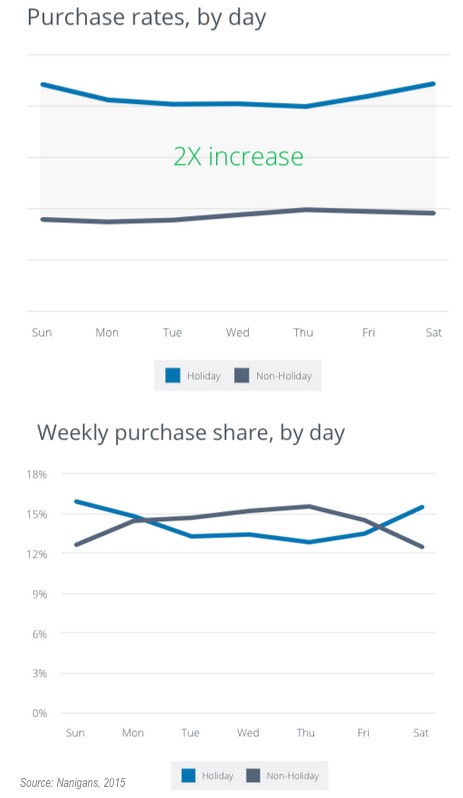 The share of e-commerce purchases made on mobile increased 140%, to 36% of total purchases, during the 2014 holiday season.

Both during the holidays and the rest of 2014, the hours between 9 and 11 AM ET were the most active for e-commerce advertisers in terms of average daily purchase activity. 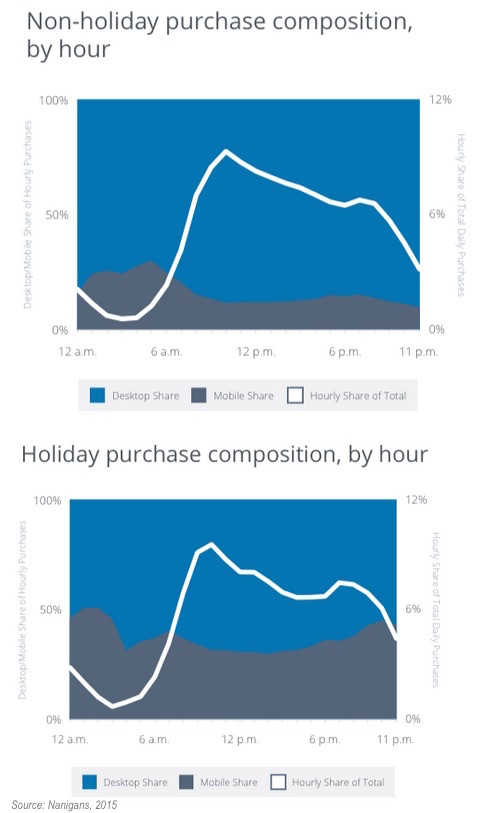 Outside the holidays, men and women behaved similarly in 2014 on desktop and mobile, with desktop purchase rates slightly higher for both genders.

During the 2014 holiday season, purchase behavior changed significantly, with the largest shift being a 233% jump in Facebook desktop ads' driving purchases by men. 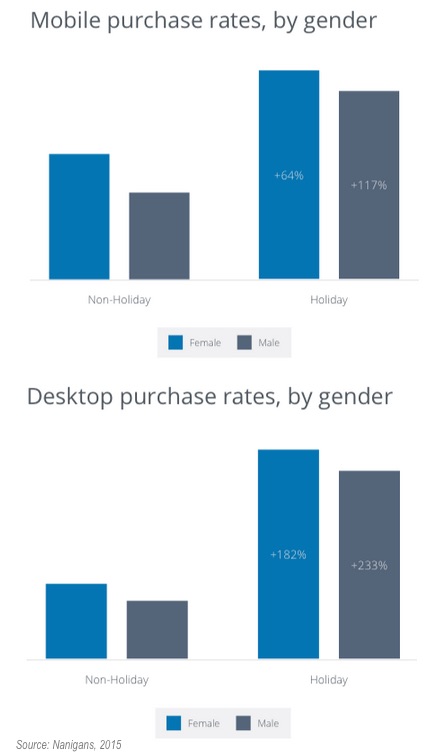 Despite increased volume, the click-through rates (CTRs) on Facebook e-commerce ads during the 2014 holiday season either held steady or increased compared with the rest of the year; ad engagement rates rose most on desktop computers. 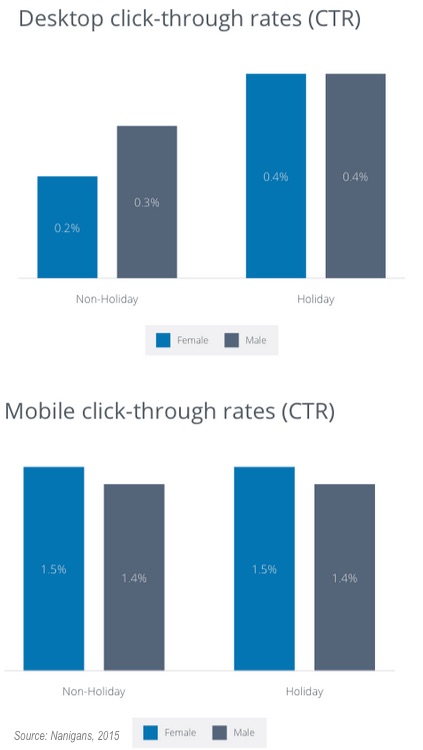 About the research: The report was based on an analysis of the Facebook ad spend, clicks, and impressions of US e-commerce advertisers using Nanigans software in 2014.