Mobile ad spend will leapfrog radio, magazine, outdoor, and newspaper spend by 2017, making mobile the world’s third-largest medium after television and desktop, according to recent projections from ZenithOptimedia.

Mobile's total will rise to $89.5 billion by 2017, which will account for 44% of Internet expenditure and 15% of all expenditure, ZenithOptimedia forecasts.

Television is expected to remain the largest medium through 2017; however, its share of global ad spend is projected to decline as digital channels grow more quickly. 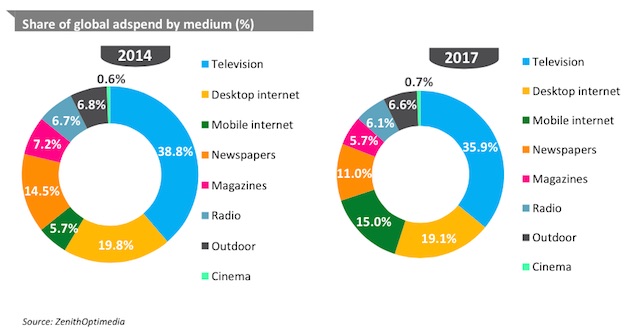 Mobile is expected to be the main driver of global ad spend growth in the coming years; ZenithOptimedia forecasts mobile to contribute 83% of all additional spend between last year and 2017.

Television and desktop Internet are projected to be the second- and third-largest contributors, respectively, accounting for 15% and 13% of new ad expenditure.

ZenithOptimedia predicts global ad expenditure overall will increase 5% in 2016 and 4.4% in 2017, with the largest growth in spend coming from Latin America and parts of Asia. 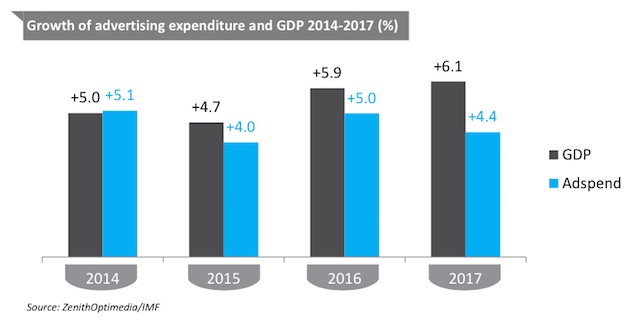