The 15 Most Searched-for Halloween Costumes

The most searched-for Halloween costume so far this year is Harley Quinn, a DC Comics supervillain who features in the upcoming Suicide Squad film, according to a recent report from Bing Ads Industry Insights.

The report was based on Bing online search data collected across all device types between September 1 and October 7, 2015.

The second most searched-for specific costume on Bing is a Minion, followed by Wonder Woman, Poison Ivy, and Maleficent. 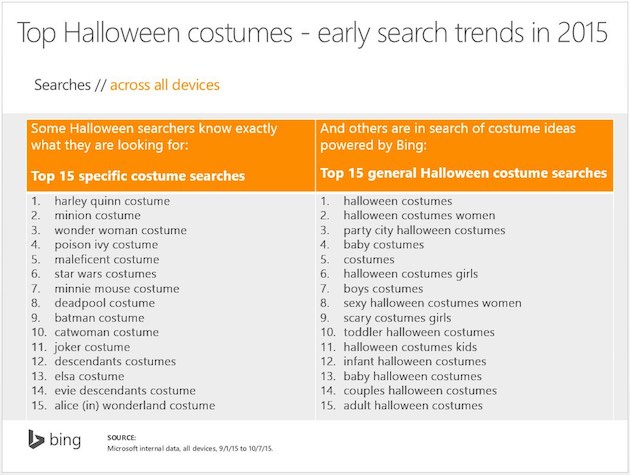 Halloween searches in general start to increase in September and peak during the last two weeks of October, according to an analysis of 2014 Bing data by the researchers.

However, there is some variation by query type: Searches related to decorations peak in mid-October, whereas party-related searches peak right before Halloween. 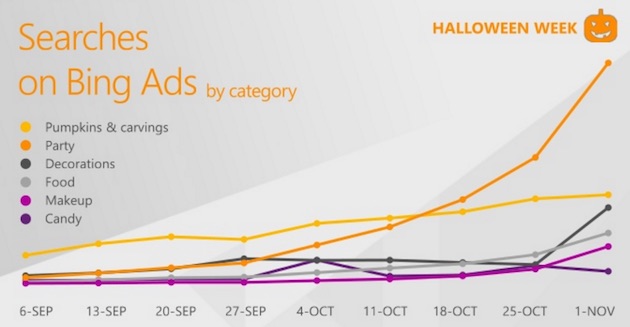 About the research: The report was based on Bing search data collected across all device types between September 1 and October 7, 2015, as well as a separate analysis of 2014 Bing search data.