The Most Influential Products, Brands, and People at CES 2016

Which International Consumer Electronics Show (CES) product categories, companies, and attendees were talked about most at this year's event?

To find out, ScribbleLive analyzed more than 100 million articles about CES 2016 published January 1-8 by news, blog, and social outlets. The researchers assigned weighted influence scores based on the credibility of the outlet where each piece was published/consumed and the volume of reactions generated.

Mobile was the most talked-about product category by outlets covering CES (115,470 mentions), followed by electronic gaming, cyber security, and computers. 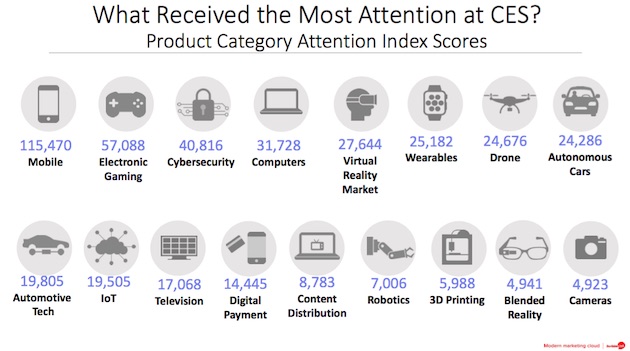 Palmer Luckey, the founder of virtual reality company Oculus, was the individual at CES who sparked the most high-quality conversation online; Mark Fields, the head of Ford, was second. 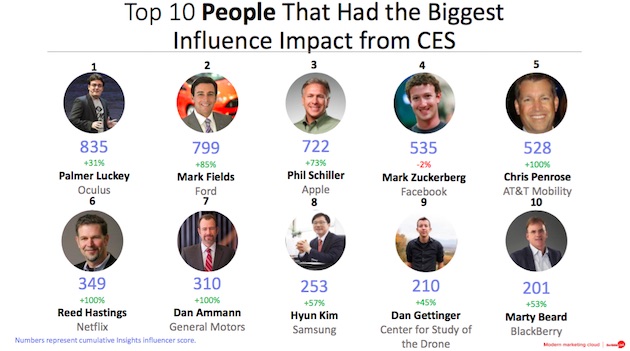 Ford was the brand that garnered the most high-quality coverage by outlets covering CES; Samsung was second, followed by Oculus. 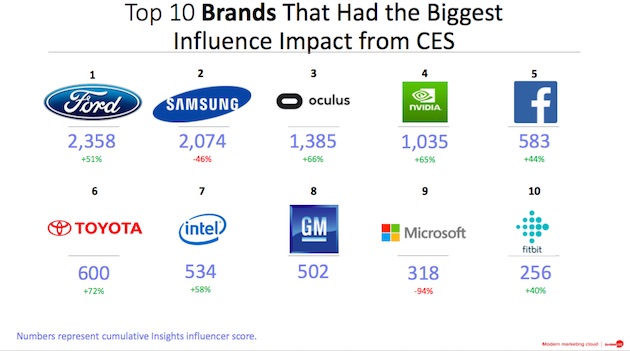 About the research: The report was based on an analysis of 100 million articles about CES 2016 published between January 1-8 by news, blog, and social outlets.