Do Most Americans Check Their Smartphones in the Bathroom?

What percentage of Americans adults uses smartphones while using the restroom?

To find out the answer to that essential question, Phrasee surveyed 940 people age 18 and older in the United States.

Respondents were polled via an online survey about when they use email, social media, and the Internet on their smartphones.

Some 61% of respondents say they do not check email, social media, or the Internet on their smartphones while using the restroom.

Most men surveyed (57%) say they do use their smartphones when in the restroom. In contrast, just 27% of women surveyed admit to checking email, social media, or the Internet while in the bathroom. 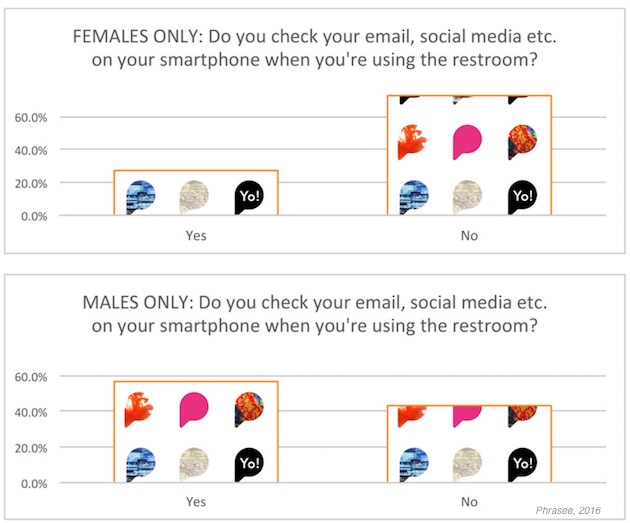 Smartphone use in the bathroom appears to vary widely based on age. Just over 80% of respondents age 18-29 say they check their smartphones while in the restroom, whereas only 30% of Americans age 60+ say they do so.

About the research: The report was based on data from a survey of 940 people age 18 and older in the United States.