The Most Successful B2B Industries on Social Media

How do audience size and engagement level on social media vary among various B2B industries?

All but three of the 17 B2B industries examined in the report have their largest social media audiences on LinkedIn. Among B2B industries, professional services brands have the largest median LinkedIn audience (1.2 million followers). 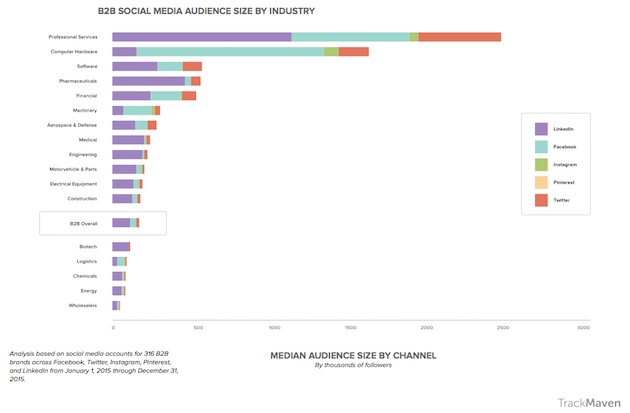 Biotech brands have the most engaged social media audiences of the industries examined, with an average engagement ratio of 12.46 interactions per post.

The machinery sector had the highest social media audience growth rate in 2015, with an average increase of 129% for brands in the space. 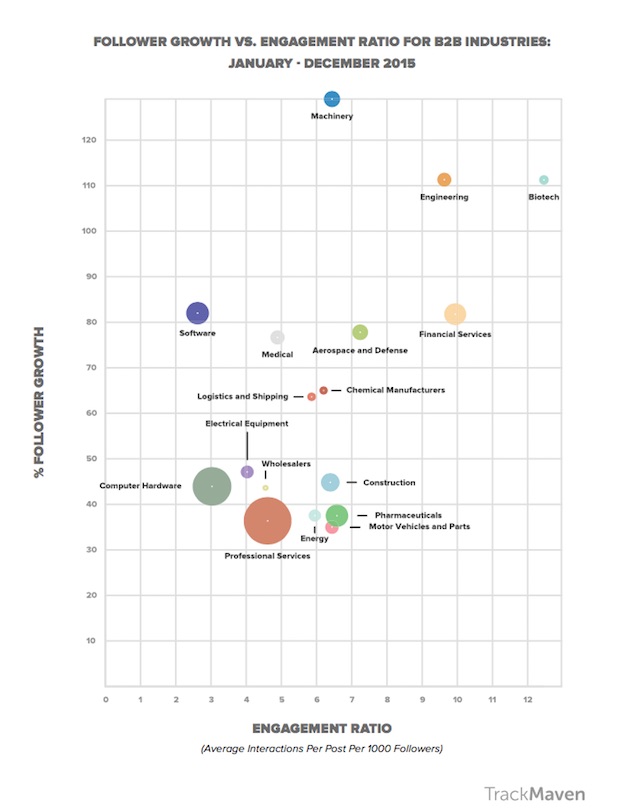