How do consumers feel about seeing emojis in marketing messages? Do their feelings toward emojis change depending on the type of message in which the emojis are included?

To find out, Appboy surveyed more than 500 individuals about their emoji perceptions, habits, and preferences.

Males are more likely to have a negative perception of emoji use in general compared with females, the analysis found. Some 72% of women surveyed say they love emojis whereas just 63% of men say the same.

Although consumers age 14-24 have a more favorable view of emojis overall, people age 25-44 are least likely to dislike emojis. 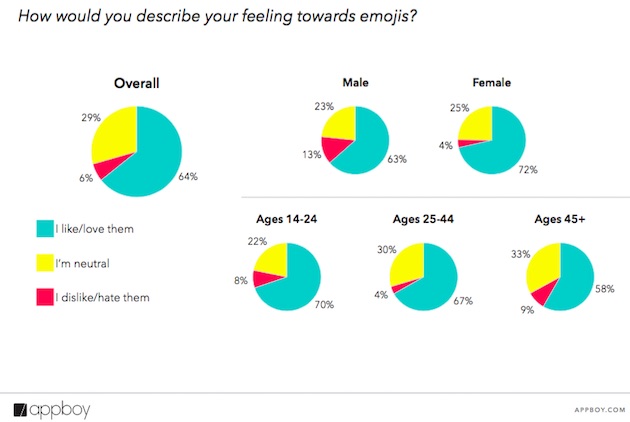 The perception of emoji use by brands is generally favorable, with 70% of consumers saying it is fun, relatable, or normal. 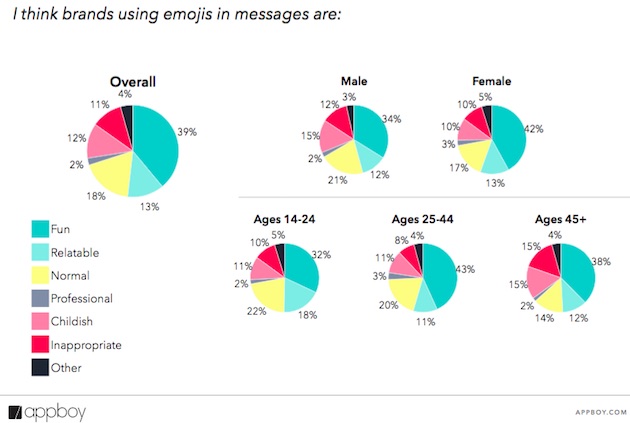 Consumers are most open to brands including emojis in text messages (SMS) and social media posts. 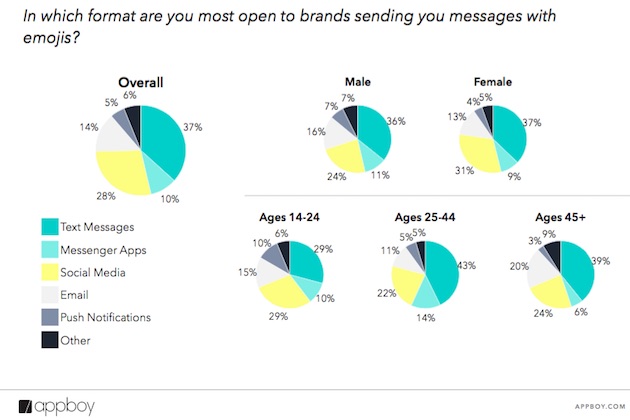 About the research: The report was based on data from a survey of more than 500 individuals about their emoji perceptions, habits, and preferences.

Continue reading "Do Consumers Like Emojis in Marketing Messages?" ... Read the full article