More retail marketers sent holiday-themed emails in 2015 than in 2014, but those more recent campaigns generally had lower levels of engagement, according to recent research from Yesmail.

The report was based on data for 30 major retailers collected between June 1 and December 31 in 2014 and 2015. The researchers searched for terms such as "Halloween," "Thanksgiving," "Black Friday," "holiday," and "Christmas" in campaigns to identify emails with specific themes.

Some 13.4% more brands deployed holiday-themed messages in 2015 compared with 2014, the analysis found.

General holiday campaigns (emails that referenced the season without specifying a particular holiday) were most popular, with 90% of brands deploying them in 2015.

Except for Green Monday, average open rates were lower for holiday-themed emails in 2015 compared with 2014. 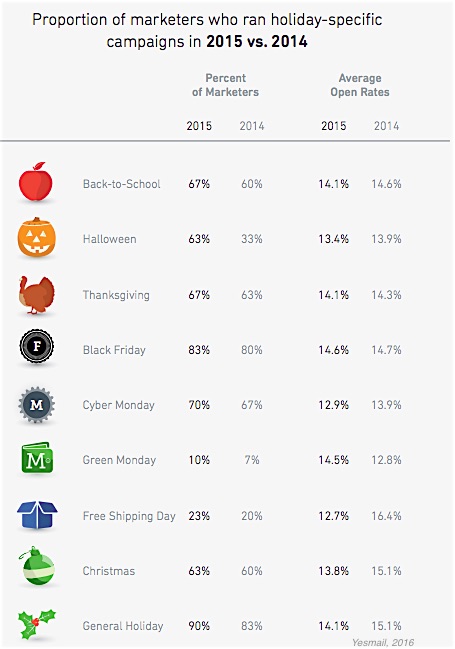 General holiday themed emails had lower open rates, on average, compared with base emails (those without a theme) in 2015. 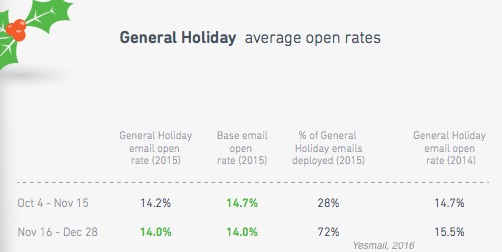 Black Friday themed emails had higher open rates, on average, compared with base emails in 2015.

Black Friday campaigns deployed close to the actual day, or even afterwards, had higher open rates compared with those deployed earlier in November. 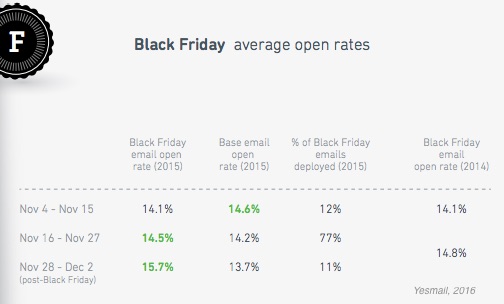 Christmas themed emails had the highest average open rates in the two weeks leading up to the holiday and just afterwards. 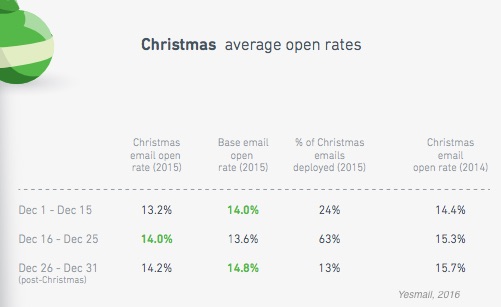 About the research: The report was based on data for 30 major retailers collected between June 1 and December 31 in 2014 and 2015.