The 20 Most Popular Halloween Costumes by Paid Search Spend

Based on Google paid search spending this year, Batman villainess Poison Ivy is the most popular Halloween costume, according to recent research from AdGooroo, a Kantar Media company.

The report was based on an analysis of the US Google desktop search text ad and product listing ad (PLA) spend by retailers between August 1 and October 4, 2016, on 2,959 Halloween costume keywords. 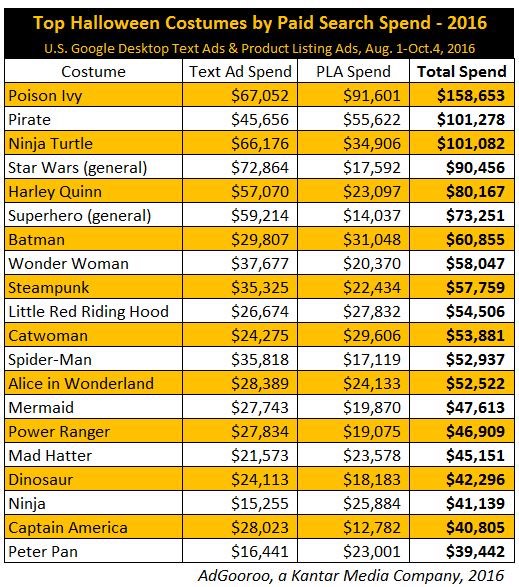 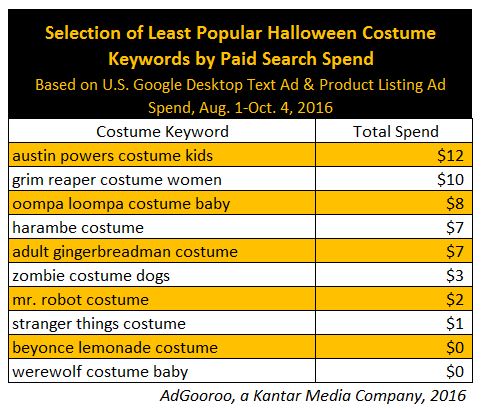 About the research: The report was based on an analysis of the US Google desktop search text ad and product listing ad (PLA) spend made by advertisers between August 1 and October 4, 2016, on 2,959 Halloween costume keywords.