Some 70% of third-generation Hispanics in the United States say they feel connected to their Hispanic heritage, and more than half say their background is an important part of their self-identity, according to recent research from Yahoo.

The report was based on data from a survey of 457 third-generation Hispanics in the United States, as well as data from consumer focus groups and in-depth interviews.

Third-generation US Hispanics say the top things that connect them to their heritage are food (68% cite), traditions (55%), family names (45%), and family values (42%). 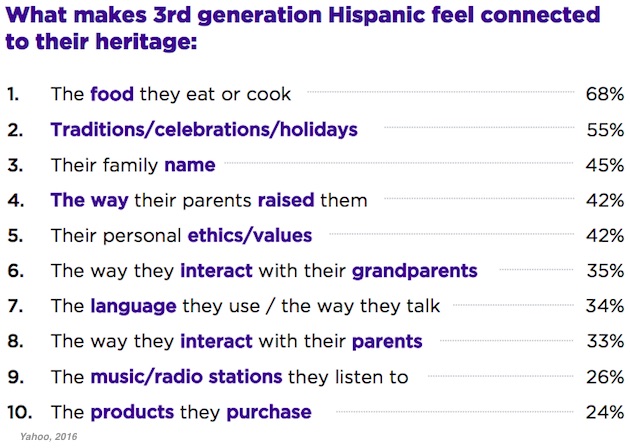 More than half (54%) of respondents say they actively seek out and/or enjoy online content tailored to them as Hispanics.

However, 40% of respondents say they are generally dissatisfied with the quality and/or amount of online content that is targeting them as Hispanics.

Some 53% of respondents say they like advertising targeted to them specifically as Hispanics.

Third-generation Hispanics say they like advertising that elicits strong positive emotions (78% say this makes them feel connected to brands), depicts both Hispanic traditions and American culture simultaneously (76%), and shows real life rather than aspirational/unrealistic scenarios (75%). 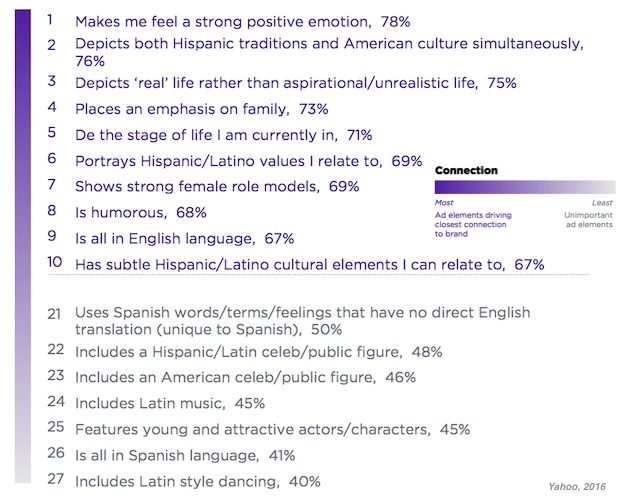 About the research: The report was based on data from a survey of 457 third-generation Hispanics in the United States, as well as data from consumer focus groups and in-depth interviews.

Continue reading "What Third-Generation US Hispanics Want to See in Online Content and in Ads" ... Read the full article