How Television and Video Viewing Habits Are Changing

The share of weekly video viewing time spent watching linear television (i.e., TV not on-demand) has decreased 16% since 2010, according to recent research from Ericsson.

The share of weekly video viewing hours spent watching on-demand TV series, movies, and other programs has increased 50% since 2010, the analysis found.

In total, on-demand video watching now accounts for 43% of all weekly viewing time. 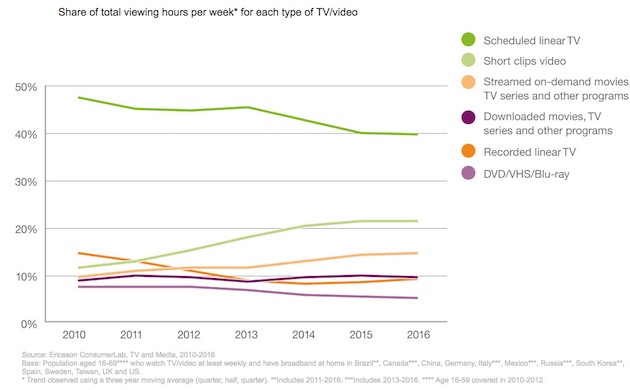 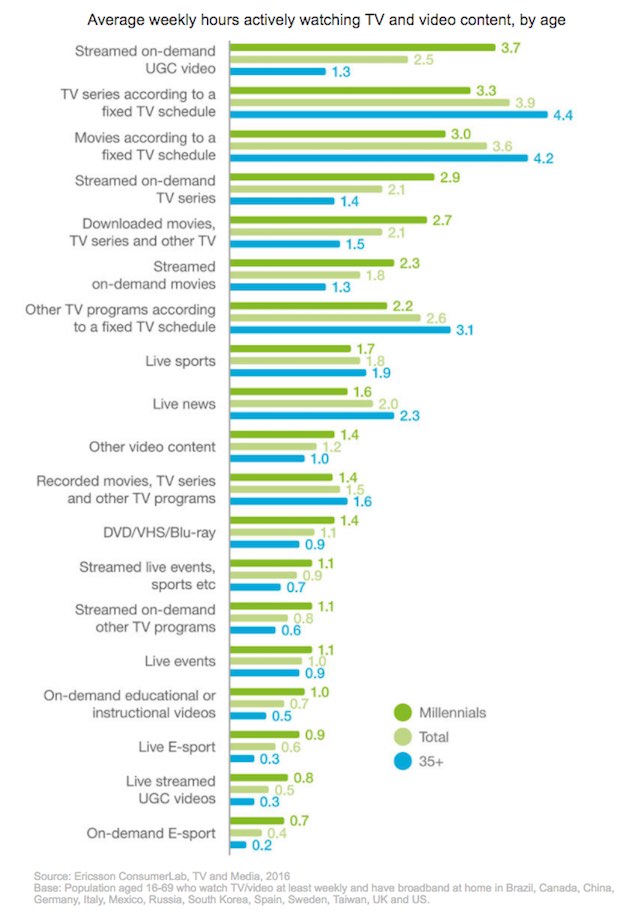 Some 64% of consumers say at least once a week they use a mobile device to complement or supplement what they are watching on television—including looking up actors, checking ratings, posting comments on social media, and watching video content on multiple screens.