Eye-Tracking Study: Online Ad Elements and Formats That Get Attention

Which online ad creative elements capture consumers' attention? What types of online ad formats are most seen by visitors to content websites?

To find out, Australia's Fairfax Media conducted an eye-tracking study with 100 consumers who visit content sites regularly. Half of them were shown the desktop version of the Sydney Morning Herald, and the other half were shown the mobile version.

The researchers presented a range of different advertisements on the website pages and tracked eye movement/gaze.

Participants also engaged in an ad-recall exercise as well as a qualitative discussion about their experiences. 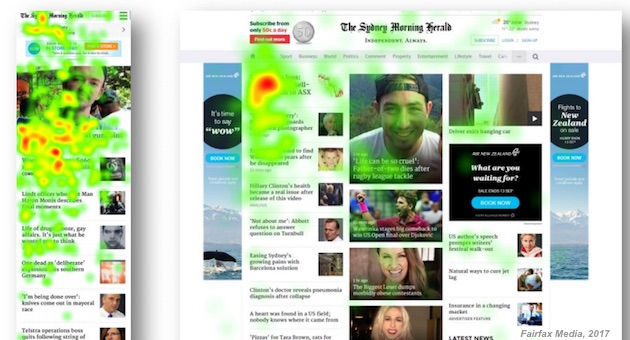 The researchers found that the advertisements most looked at and recalled by participants included these elements: 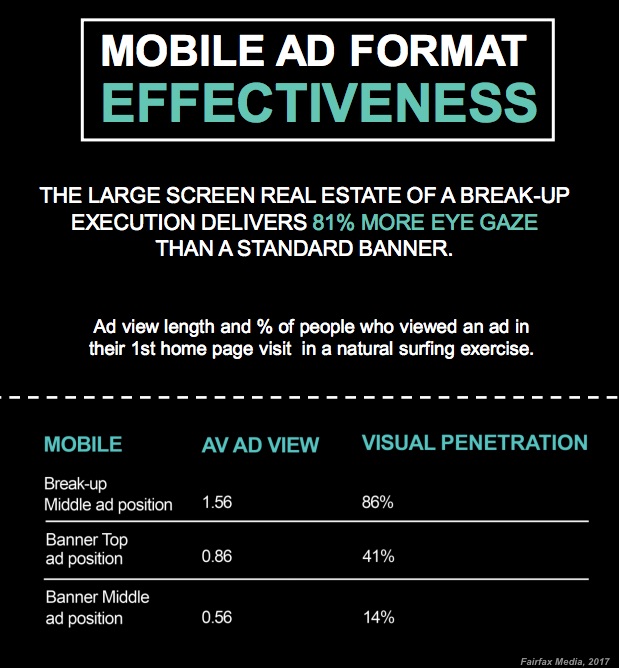 Banner (MREC—medium rectangle) ads served at the top of webpages on desktop computers receive twice as much attention from consumers than do banner ads served lower down on pages. 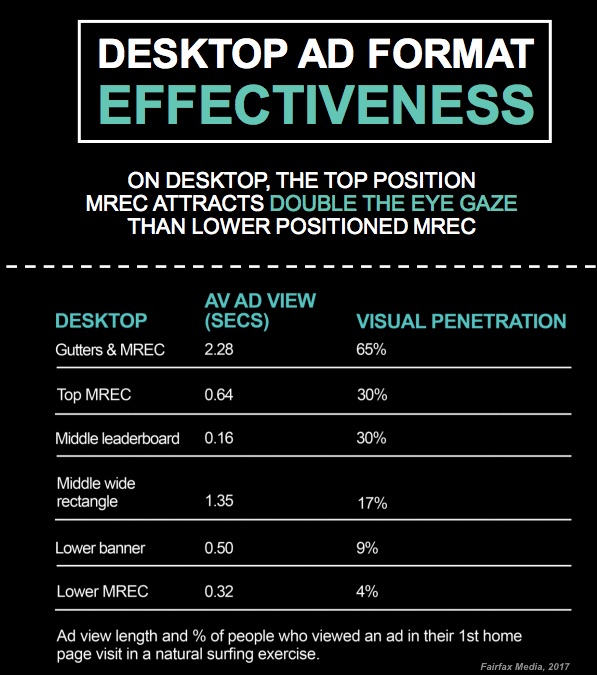 About the research: The report was based on data from an eye-tracking study conducted with 100 consumers who visit content sites regularly. Half of the participants were shown the desktop version of The Sydney Morning Herald, and the other half were shown the mobile version.