Most sales emails sent by businesses are never opened by their intended recipients, according to recent research from HubSpot.

The report was based on an analysis of data from more than 25 million one-to-one (i.e., not to a list) emails sent via the HubSpot Sales platform by firms in 28 different industries.

Only 37% of sales emails are actually opened, on average, the analysis found.

The marketing and advertising industry has the lowest average open rate (25%) for sales emails. 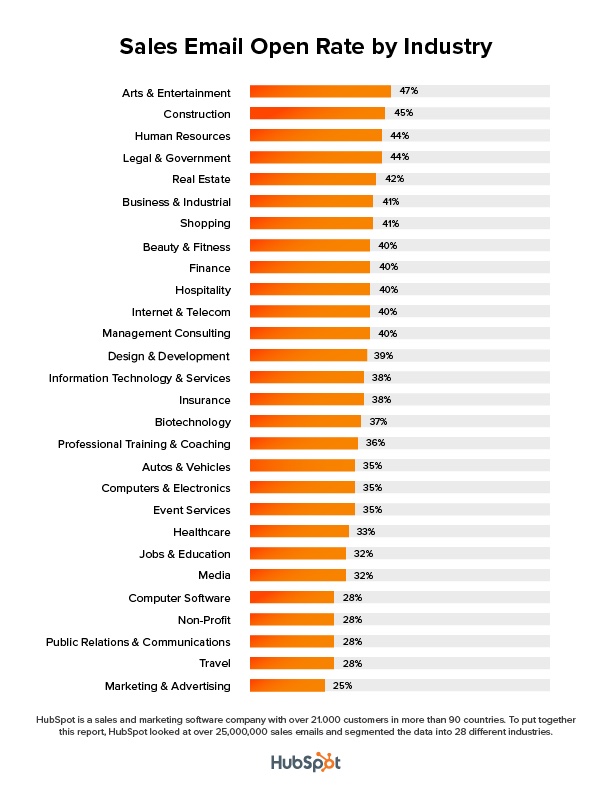 About the research: The report was based on an analysis of data from more than 25 million sales-related emails sent via the HubSpot Sales tool by clients in 28 different industries.