The State of Digital Marketing and Marketing Software M&A

Some 1,024 digital marketing/marketing software mergers and acquisitions (M&A) took place worldwide in the 30-month period between mid-2014 and the end of 2016, according to recent research from Hampleton Partners.

The report was based on 2H14 through 2H16 information from 451 Research, which tracks M&A activity across the globe.

Firms made fewer acquisitions in 2016 than in 2015, but the average deal value increased as 2016 progressed. 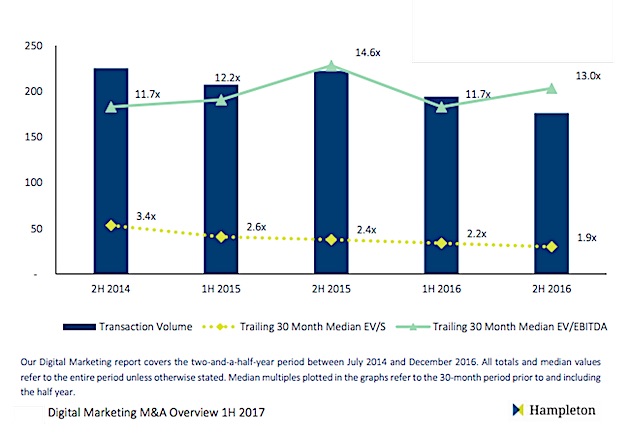 Some 64% of the digital marketing deals in the 30-month period examined were for digital agencies/marketing service providers, and 36% were for marketing software platforms. 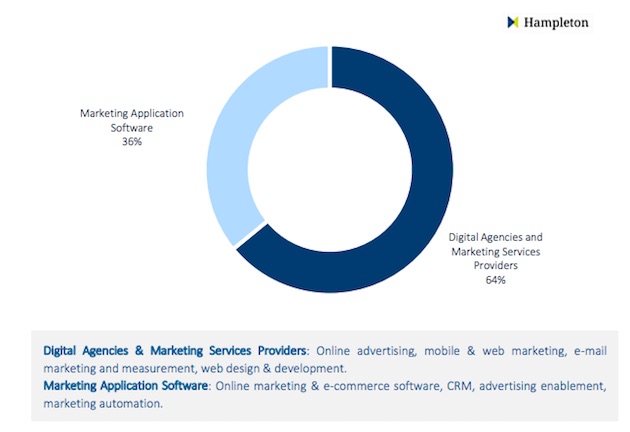 Some 122 firms made more than one digital marketing-related M&A deal in the 30-month period examined. Dentsu Aegis Network made the most acquisitions (33 deals) in that time.

The median deal value was $11.7 million in the time period examined. 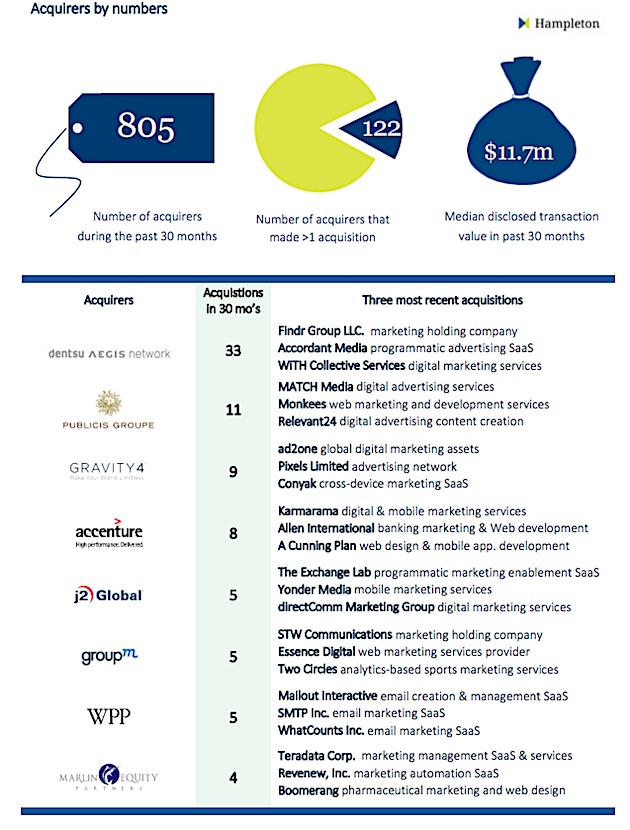 About the research: The report was based on 2H14 through 2H16 information from 451 Research, which tracks M&A activity across the globe.