Global Advertising Forecast for 2017 by Ad Medium and Region

In 2017, brands will spend more on Internet advertising than on traditional television advertising—for the first time ever—according to a recent global ad spending forecast from Zenith.

The report was based on Zenith's global advertising data for past years as well as spend projections through 2019.

Advertisers are expected to spend $192 billion on traditional television advertising in 2017. 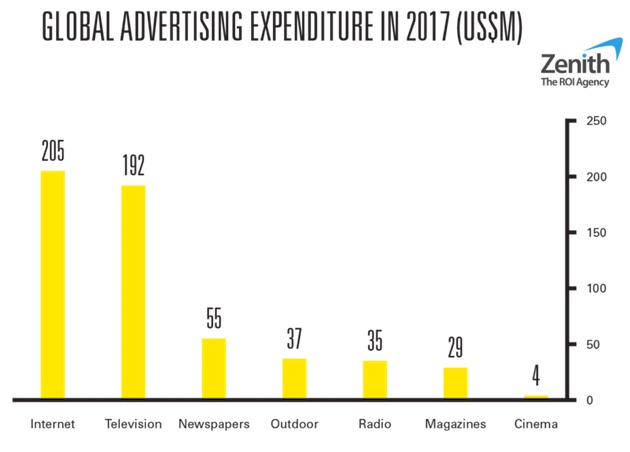 Mobile is expected to be the main driver of global ad spend growth through 2019.

Spends on desktop Internet, magazine, and newspaper advertising are all projected to decline over the next three years. 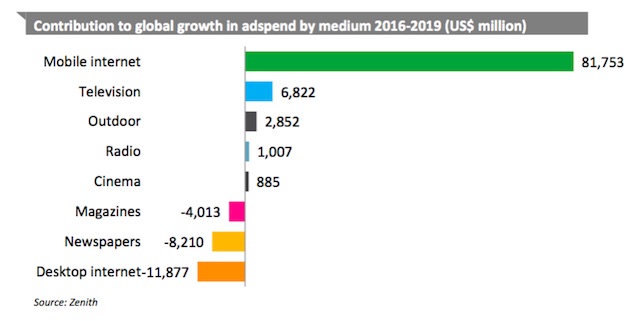 Zenith predicts global ad expenditure will grow 4.4% in both 2017 and 2018—slightly below the growth rates that the IMF forecasts for nominal GDP. 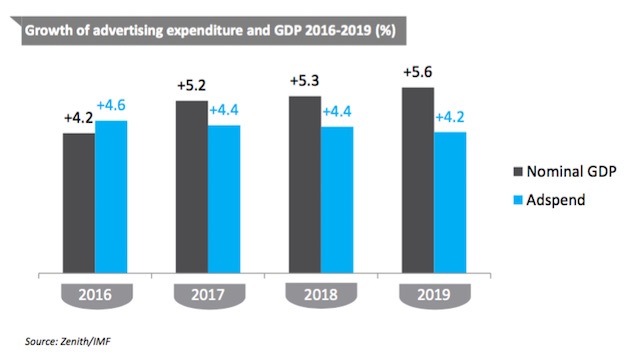 The Eastern Europe and Central Asia region is forecast to undergo the biggest increase (+8.9%) in ad spend between 2016 and 2017; MENA (Middle East and North Africa) is the only region forecast to decline in ad spend (-9%), in large part because of low oil prices. 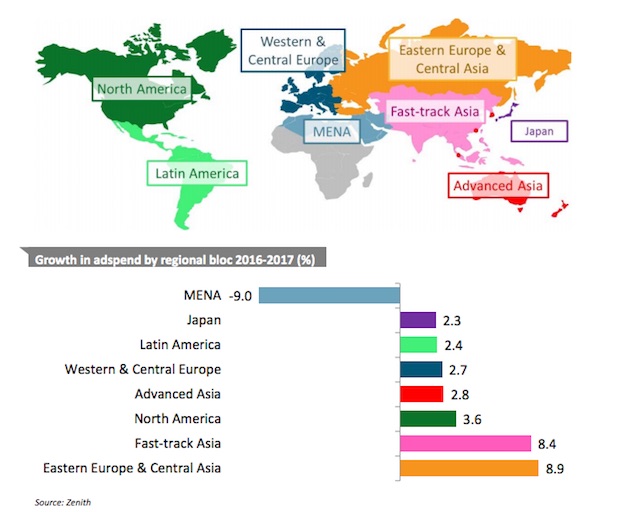 About the research: The report was based on Zenith's global advertising data for past years as well as spend projections through 2019.