Most consumers say they expect a pre-roll ad to play under 15 seconds on a video that's up to one-minute long, according to recent research from AOL Advertising.

The report was based on data from a survey of 253 consumers in the United States age 16-54.

Nearly two-thirds (64%) of those surveyed say they expect a pre-roll ad to play for under 15 seconds on a video that's up to one-minute long; only 12% expect to see a pre-roll ad longer than 30 seconds.

For videos longer than 10 minutes, most (72%) consumer expect to see pre-roll ads more than 30 seconds long. 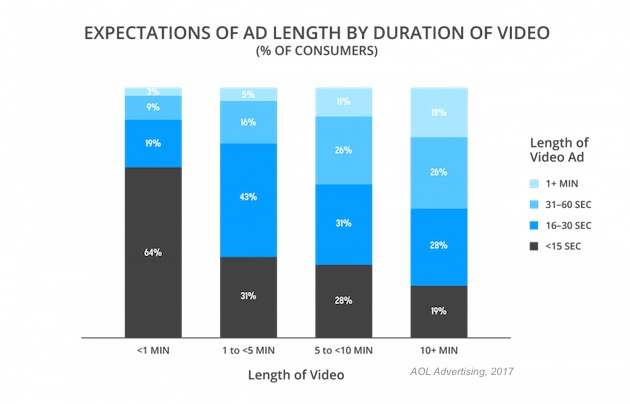 Some 83% of consumers say they enjoy having the ability to skip ads before videos.

About the research: The report was based on data from a survey of 253 consumers in the United States age 16-54.