The Remarkable Reach of Traditional Radio

Traditional radio continues to reach more US adults each week than any other media channel or any type of digital device, according to recent research from Nielsen.

The report was based on Nielsen data collected in 4Q16 from adults age 18 and older in the United States.

Traditional AM/FM radio reaches 93% of American adults each week, the analysis found. That compares with an 89% reach for television, 83% for smartphones, 50% for personal computers, 44% for TV-connected devices, and 37% for tablets. 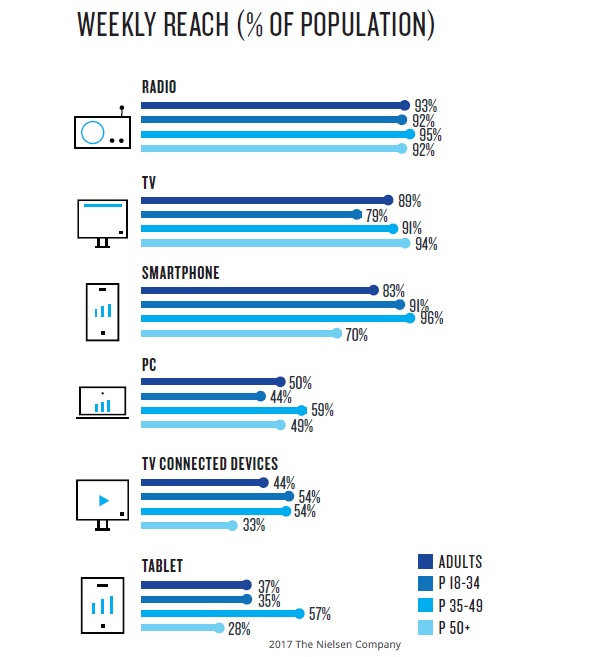 Radio's audience has remained relatively steady over the past few years, the analysis found. 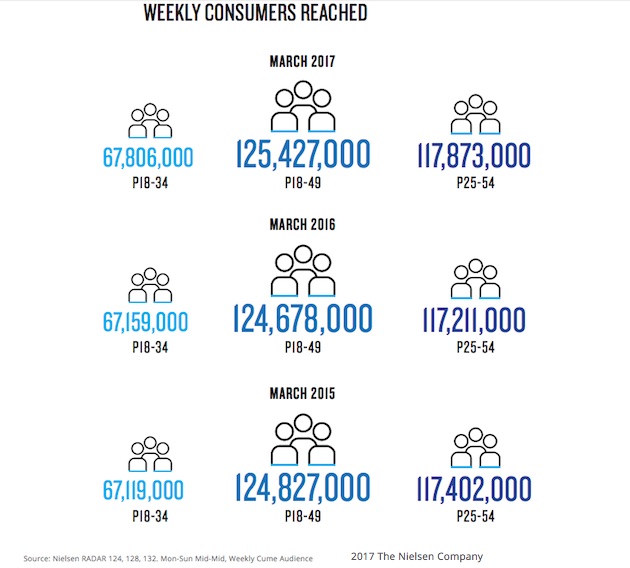 About the research: The report was based on Nielsen data collected in 4Q16 from adults age 18 and older in the United States.