How Email Is Accessed in 2017: Top Devices, Platforms, and Clients

More emails are now opened on mobile devices than via webmail clients or desktop software, according to recent research from Return Path.

The report was based on 27 billion emails opened worldwide between May 2016 and April 2017.

Some 55% of the email opens examined occurred on mobile devices (smartphones, tablets, or e-readers); 28% occurred via webmail clients (a Web browser visit to a site such as Gmail.com or Yahoo.com), and 16% occurred via desktop software (a client such as Outlook or Apple Mail).

The share of opens occurring on mobile devices increased 26 percentage points between 2012 and 2017, the analysis found. 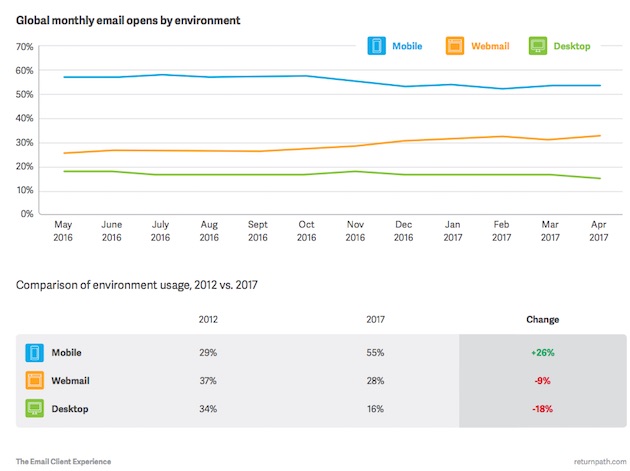 Some 79% of the mobile email opens examined occurred on devices running Apple's iOS (on iPhones or iPads), down from 85% in 2012. 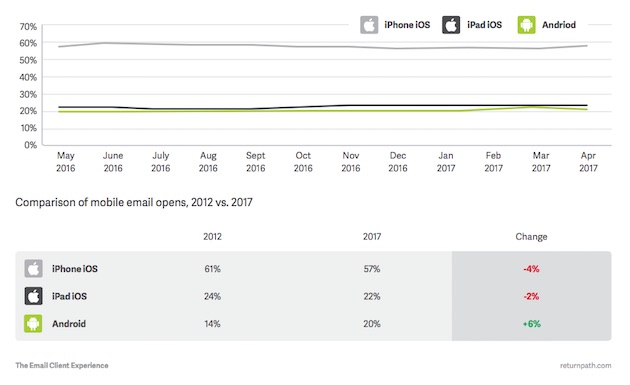 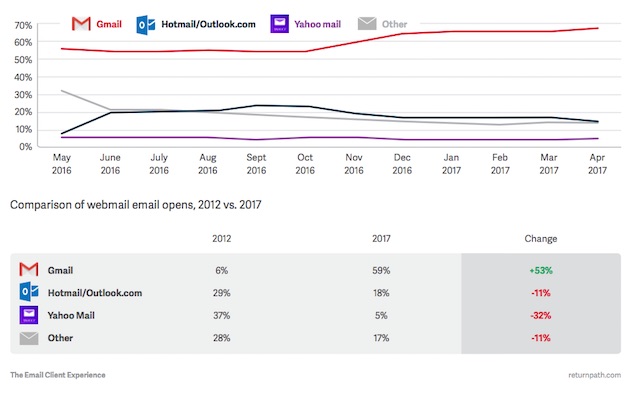 Some 50% of the desktop opens examined occurred via Apple Mail, 41% occurred via Outlook, and 3% via Thunderbird. 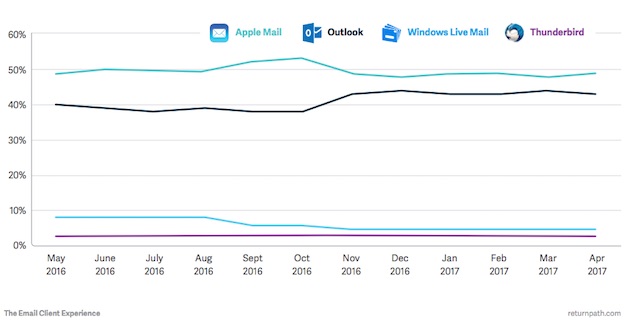 About the research: The report was based 27 billion emails opened worldwide between May 2016 and April 2017.

Continue reading "How Email Is Accessed in 2017: Top Devices, Platforms, and Clients" ... Read the full article