Older audiences tend to pay more attention to video ads on YouTube, and they also tend to be more costly to reach, according to recent research from Strike Social.

The report was based on data from 2016 US YouTube advertising campaigns managed by Strike Social for brands in 25 industries. The researchers examined view rate (share of ads watched for at least 30 seconds/to the end), cost per view (CPV), and clickthrough rate (CTR) for each vertical as well as for various demographic segments. The analysis focused on TrueView YouTube video advertisements.

Those older groups also have the highest CPV rates. The researchers suggest this higher cost is most likely because older audiences are smaller on YouTube compared with younger audiences, and so are more competitive to reach.

The Undefined audience—a large group of people for which YouTube does not have demographic data—has a high average view rate (VR) and a low CPV rate. 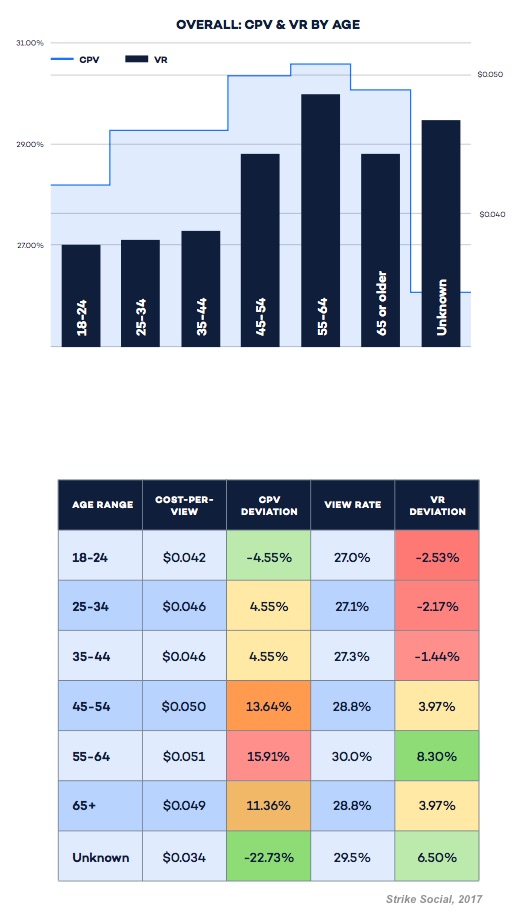 The average view rate for YouTube video ads is higher on desktop computers than on smartphones and tablets.

The average CPV rate is lower on tablets than on desktop computers and smartphones. 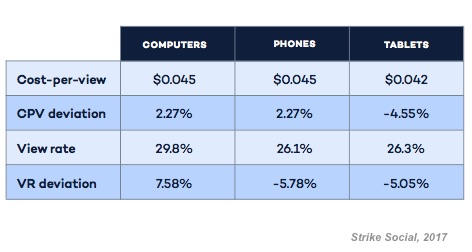 For example, the average view rate for ads in the education vertical (35.4%) is nearly double that of ads in the retail vertical (15.7%). 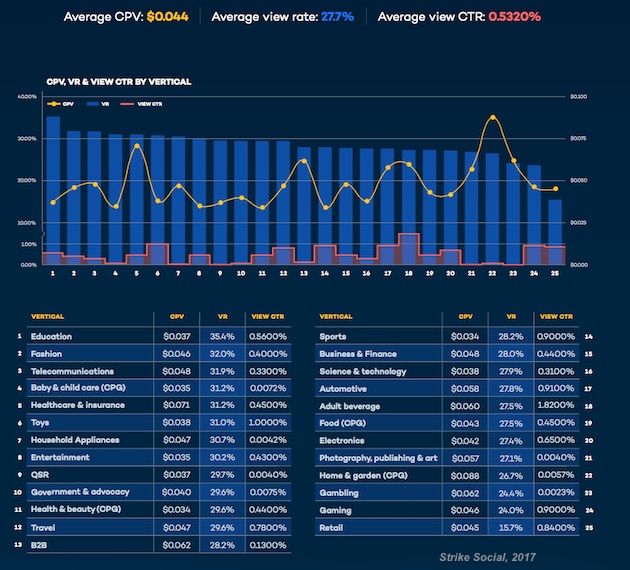 About the research: The report was based on data from 2016 US YouTube advertising campaigns managed by Strike Social for brands in 25 industries.