Holiday-themed email campaigns from brands tend to have lower open rates and higher conversion rates than non-themed campaigns, according to recent research from Yes Lifecycle Marketing.

However, campaigns themed around six of the nine holidays/special events had higher conversion rates (the ratio of unique email clicks to purchases) compared with BAU campaigns. 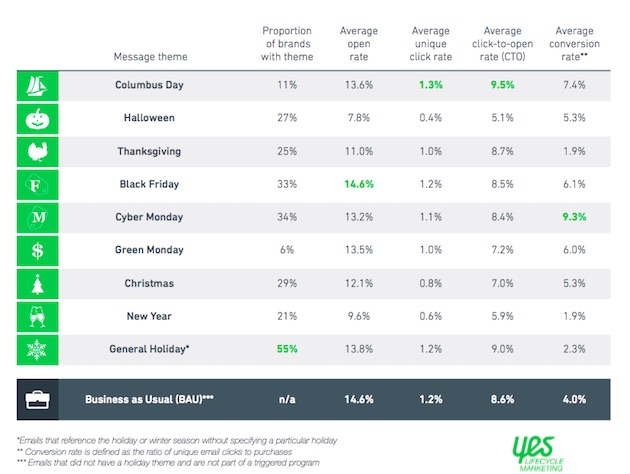 More than half (55%) of the brands examined sent general holiday-themed campaigns (e.g., "last-minute holiday sale") in 2016.

Percent-off discounts were the most effective general holiday email offers, on average, the analysis found.

About the research: The report was based on data from 8 billion messages sent by Yes Lifecycle Marketing Clients in 4Q16.