Exposing consumers to digital ad campaigns multiple times increases brand awareness and purchase intent, but the benefits diminish after a certain point, according to recent research from Nielsen.

The report was based on Nielsen Digital Brand Effect data for online advertising campaigns delivered to consumers in Australia.

Increased exposure to campaigns (i.e., when a consumer is served the same campaign multiple times) leads to greater brand awareness and intent to purchase, the analysis found.

Brands tend to see the biggest lift when online ad campaigns are delivered between five and nine times. 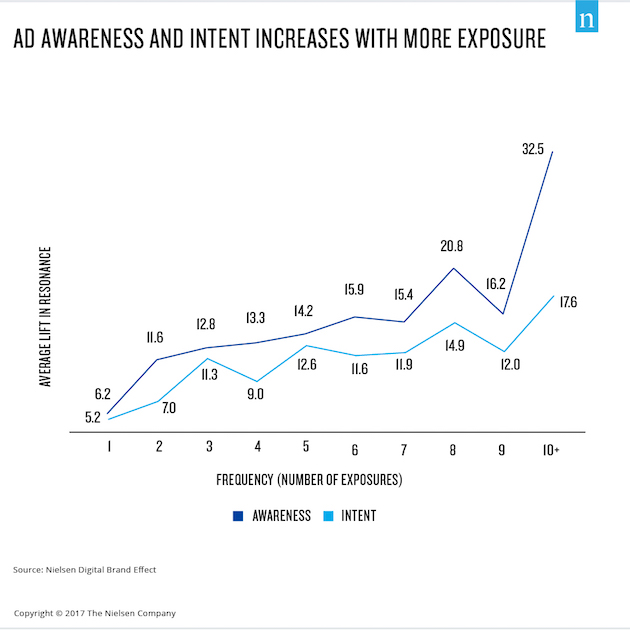 The impact of frequency varies significantly by the advertiser's vertical, the analysis found.

For example, in the computers/electronics and fast-moving consumer goods (FMCG) verticals, increased frequency leads to significantly more ad resonance, whereas in the financial services vertical, there is much less of a connection. 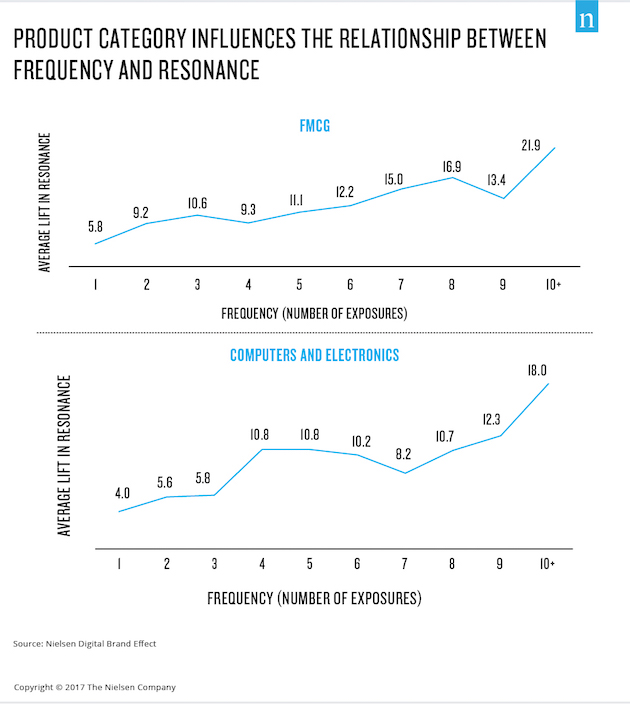 About the research: The report was based on Nielsen Digital Brand Effect data for online advertising campaigns delivered to consumers in Australia.