Email Deliverability Benchmarks: What Share of Messages Make It to Inboxes?

Some 20% of email messages sent by marketers never make it to their intended recipients' inboxes, according to recent research from Return Path.

The report was based on analysis of 2 billion promotional/marketing email messages sent to consumers around the world between July 2016 and June 2017.

The average global inbox placement rate (share of total emails delivered successfully) was 80% in the time period examined: 14% of messages went missing, and 6% ended up in spam folders. 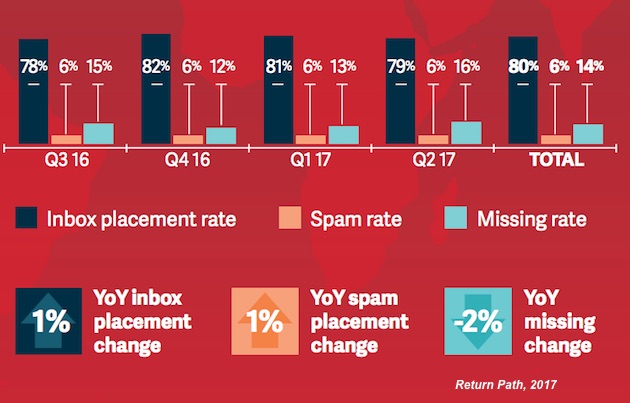 The average inbox placement rate in the United States was 77% for the time period examined: 16% of messages went missing, and 8% ended up in spam folders. 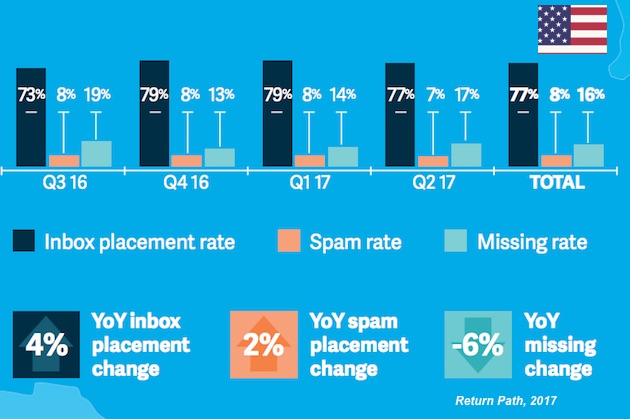 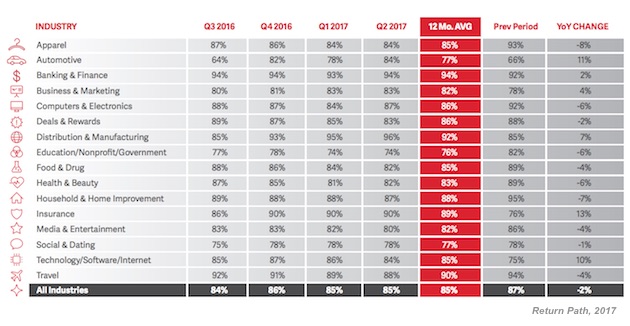 About the research: The report was based on analysis of 2 billion promotional/marketing email messages sent to consumers around the world between July 2016 and June 2017.